From the crack house to the White House

In the last two editions of Street Sense, I have been criticized by a former customer and a fellow vendor for writing so much about Trump. And the paper has been criticized for publishing me. Some say what I write is offensive. Well, homelessness is offensive! I’ve lived an offensive life. Homelessness is grotesque, putrid and ugly. I slept outside. I was robbed and assaulted. I’ve seen people die on the street.

But today I can honestly say my columns are read from the White House to the crack house.

Although I have passed by the White House several times, it may as well have been in China. It was something I knew of, but it was distant. Over the years I’ve written about, and to, several politicians. No one has had the decency to respond to anything I said, until now. Recently a White House communications staffer, Cliff Sims, read one of my columns and invited me to that distant seat of power. He wanted to hear more about my life and accomplishments and said he would pass on the columns I brought with me to President Donald Trump. I toured the West Wing, the press area and residences. 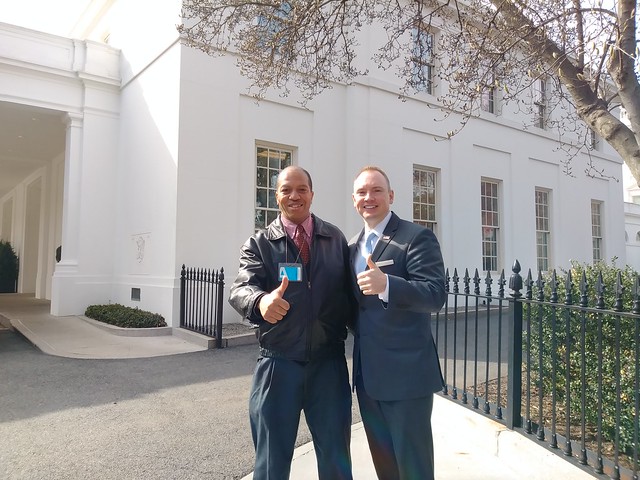 In the words of Baseball Hall of Famer Dizzy Dean, “If you done it, it isn’t bragging.”

Something changes you when you get invited to the White House. Our democracy is founded on putting aside your differences for the common good. Results mean more to me then promises, and this administration opened a world to me that was closed by other presidents. For that, I will always be indebted and grateful. I don’t want to be partisan or divisive. I want to listen, help and teach people to see multiple sides of the story.

But I want to be honest. Regressives don’t like dissent, opposition, dialogue and debate. They want total obedience or else. They want to make Street Sense a safe-space newspaper where homelessness is the sole realm of social justice warriors. According to this group of elitists, politics is too sophisticated and complicated for me to digest. I need to defer social policy to academics and experts. They want me to do less yapping about Trump and write uncontroversial and uninteresting columns. I don’t aim to offend, but I don’t care if I do, as long as I get them out of their bunker and break through the echo chamber.

I’m open-minded. I research my columns, and I get along with many Republicans and Democrats. Some people say I forgot where I came from. Quite the opposite, I’m not trying to go back to where I once was. I battled addiction, I was homeless, but I did not blame others. I took advantage of my opportunities. You have rights and freedoms in America. No one owes you anything.

Yet it seems to disturb people that I’m not interested in inclusion, nor do I want to be a global citizen. I’m a man, I love the flag and I honor our laws. We all have our own views, I don’t have to conform to yours and you don’t have to read mine. There are other opinions next to it; there’s a news section before it and an art section after it. This paper is a platform for all of us.

As a writer I wish I could get 100 percent adulation and applause. But some things need to be said, even if it makes people uncomfortable. Sometimes you need a sledgehammer as opposed to a feather to wake people up. 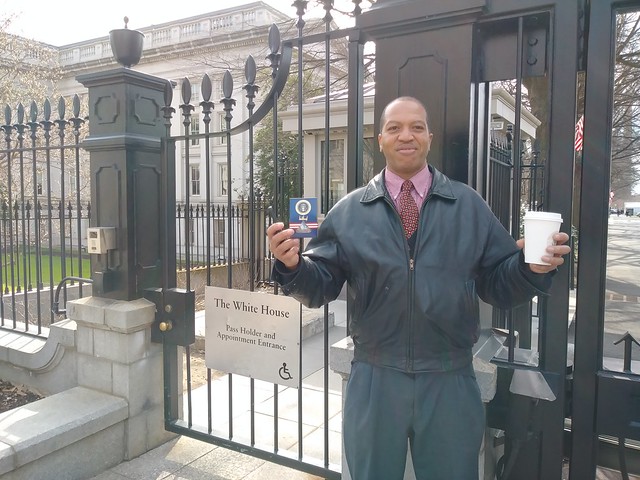 Jeff McNeil exits the White House grounds, holding a coffee cup and a box of chocolates, both bearing the presidential seal. Photo by Eric Falquero