A $250,000 investment from JPMorgan Chase to create the Bridge Park Community Land Trust was announced on March 29. The 11th Street Bridge Park, which began with a series of public meetings in 2012, will connect Wards 6 and 8 by simultaneously fording the Anacostia River and a considerable wealth and neighborhood amenities gap.

As the project has grown, so have housing costs in the surrounding neighborhoods. This new investment, to be administered by City First Enterprises, will be used to establish community control of housing costs surrounding the planned park site and ensure current residents can remain to benefit from the new development.

The Bridge Park’s hallmark Equitable Development Plan has been a bulwark against gentrification that founder Scott Kratz hopes will be a model for others.

“The goal of Bridge Park’s Equitable Development Plan is to ensure that the park is a driver of inclusive development — development that provides opportunities for all residents regardless of income and demography,” Kratz, who is grateful for JPMorgan Chase’s investment, wrote in an email to Street Sense. “By following a community-driven and vetted process, it is our hope that other cities can look to the Bridge Park as a prime example of how the public and private sectors can invest in and create world-class public space in an equitable manner.”

City First has been using models similar to  community land trusts  since 2006 to preserve more than 700 units of affordable housing — 240 of which were made permanently affordable — in response to disappearing housing that is affordable for workforce and middle-class District residents, according to Development Manager Eugene Kim. 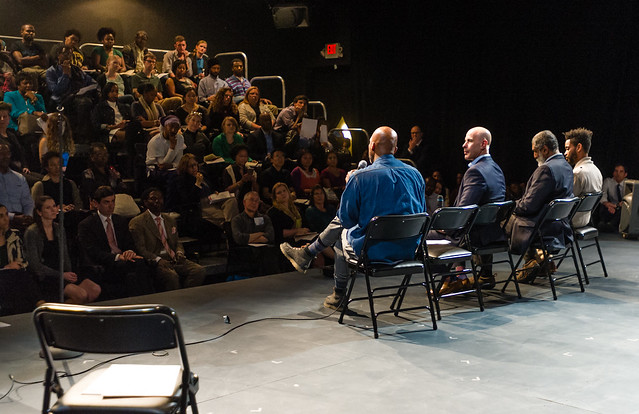 A celebration at Anacostia Playhouse for the $250,000 investment in the Bridge Park Community Land Trust. | Photo by Rodney Choice / Choicephotography.com

At an Anacostia Playhouse celebration of this milestone for the Bridge Park, Street Sense caught up with Ward 8 Councilmember Trayon White to discuss this model:

What does this mean to your community?

This project is about community land trusts and it’s showing that people of low economics can stay in this community. For far too long, we’ve seen the price of living go up, but wages don’t. Ward 8’s got one of the highest unemployment rates per capita in the country. And unfortunately, it’s getting more and more expensive to live in Washington, D.C. The area median income in D.C. right now is about $109,000 per year, on average. And as a result, people in Ward 8 are experiencing more joblessness or not just unemployment, but underemployment. So you’ve got to have two, three, five people living in your house just to be able to afford to live here. So what this [model] does is transfers ownership and ensures we have a stable community, that we have a growing community and we explore our options when it comes to dealing with the housing crisis we face in Washington, D.C.

How much has this project reached out to you and your office?

I’ve had several conversations with the 11th Street Bridge Project and other organizations to figure out how we can address the homelessness in D.C., the affordability in D.C. and to make sure we’ve exhausted all options to make sure people can live and stay and grow here in the city.

You’ve said before that there have been other projects that have been overambitious and broken promises to the community. What’s your level of optimism about this project?

And what have you shared with your people about this project?

I’m just learning about the project itself. I’ve been researching community land trusts for quite some time. It’s an excellent concept, where you can just transfer ownership and keep it affordable. D.C. hasn’t adopted it yet and I hope they do adopt it. This is a good concept to keep people in their communities, because once you start building up a lot of construction… in fact, on this very block behind us we’re going to have five cranes in the sky at one time. And when that happens, you know, the price of living goes up. The taxes go up, the rent goes up and people get pushed out.

So this is a project you can convince some of your constituents to participate with?

This is an easy sell. They see the rent going up. I was talking to some young people the other day at the apartment where I used to live and rent was $550 a month. That same exact apartment was selling for $1100 a month now and nothing has changed but the cabinets and they put new carpet in — that’s it. And that’s considered cheap in D.C. The average two-bedroom right now is about $2000 easy. So people understand that language. 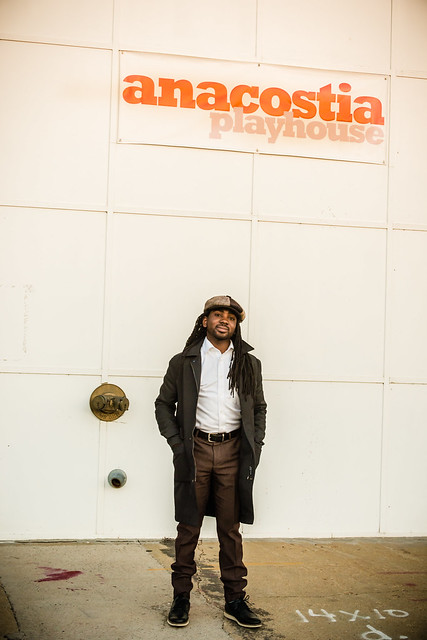