The day the GOP tax bills were reconciled by Congress, in photos

Roughly 50 critics of the Republican tax overhaul gathered in the cold outside the U.S. Capitol on Dec. 13, one hour before the House-Senate Conference Committee was set to meet and reconcile the two versions of the bill. The Tax Cuts and Jobs Act was signed by President Donald Trump later that month.

Senator Bernie Sanders (I-VT) told the crowd there would be very good arguments made against the bill at that meeting but it would not matter because the bill was already written, without a single hearing for input from the public.

“But on the other hand, 5,000 lobbyists, representing the wealthy and large corporations — they have had major impact on this legislation,” Sanders said. “So here we are, at a moment in American history of massive income and wealth inequality —  the rich getting much richer, the middle class is shrinking, 40 million people living in poverty — and what this bill does is give 62 percent of the tax benefits to the top one percent.”

Representative Lloyd Doggett (D-TX) suggested that the bill was pushed through quickly so the public would not have time to understand everything it included. This was a complaint made by many senators on Dec. 1, as amendments to the nearly 500-page Senate bill were still being written. It passed a vote hours later. 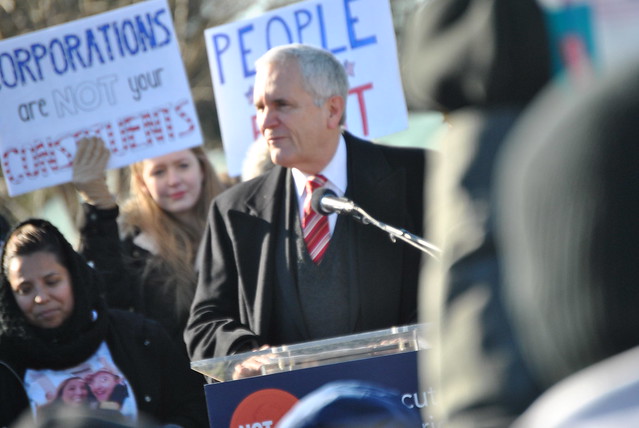 Doggett went on to speculate that Republicans would use the $1.5 trillion deficit the new tax code is expected to create over the next 10 years as an excuse to undermine welfare programs the party has never supported. House Speaker Paul Ryan (R-WI) has long been set on entitlement reform. But Trump and Senate Majority Leader Mitch McConnell (R-KY) fear this would be impossible in an election year without bipartisan support, according to a Washington Post report.

Rep. Sheila Jackson Lee (D-TX) compared the speed with which the tax overhaul was passed to the slow pace to fund health insurance for low-income children and emergency relief for hurricane victims. Funding for the Children’s Health Insurance Program (CHIP) expired Sept. 30, and a new long-term appropriation has not yet been made. A week after the Dec. 13 rally, CHIP received a $3 million short-term investment as part of a measure passed to keep the federal government running through March 31. However, the Centers for Medicare and Medicaid Services cannot guarantee that there is enough money for every state to continue its CHIP program beyond Jan. 19. The program currently serves 9 million low-income children. 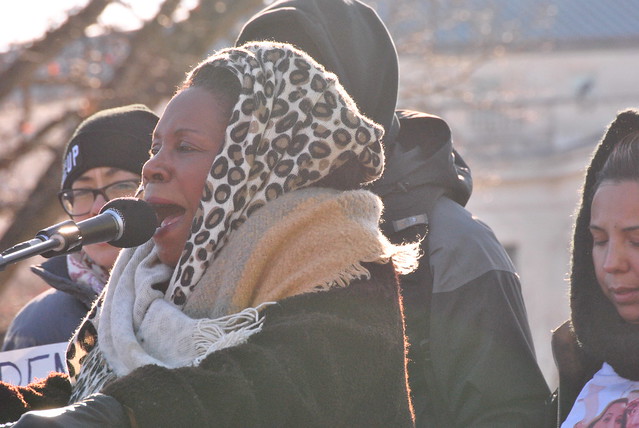 Lee went on to say 300,000 homes in Texas were ruined by the recent hurricanes and she heard it may not be possible to obtain all of the relief funds needed by her constituents. She aligned her state with others facing damage in Florida and Louisiana, and with the many trying to recover without the assistance of electricity in Puerto Rico and the U.S. Virgin Islands. “Shame if they don’t get us our hurricane relief monies because they’re paying themselves a big check,” Lee said to the crowd.

According to the nonpartisan Tax Policy Center, taxes will be reduced, on average, for all income groups. Higher-income households, on average, will receive larger tax cuts. The largest cuts go to the top five percent of earners, and the new tax code drastically reduces the number of people for whom charitable giving is incentivized. This could, according to the center, cost the nonprofit sector as much as $20 billion and reduce the services it is able to provide. 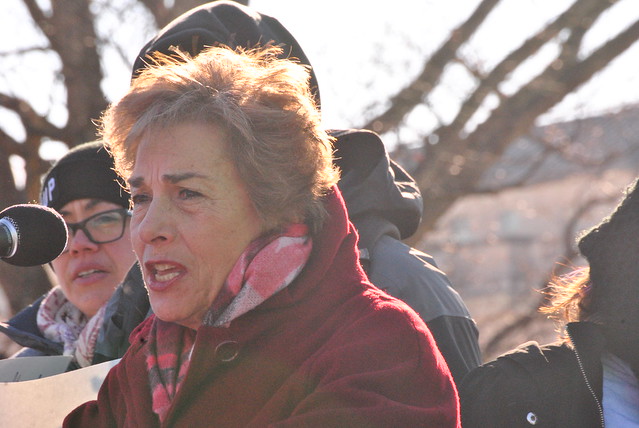