Department of Human Services (DHS) workers cleared three homeless encampment sites near K and 26th Streets NW on the morning of June 28. The main encampment, sheltered by a Whitehurst Freeway bridge that crosses over the I-66 exit onto 27th Street NW, was the temporary home to two dogs and approximately 12 people.

In a departure from recent encampment evictions, if residents were present to claim their belongings and ostensibly begin taking down their tents, they were not forced to leave the area. However, unattended belongings were discarded, not sorted or stored.

A resident of the second smaller camp refused to leave because he was waiting for housing. “He was probably promised something he isn’t going to get,” said Soreta von Bulow Cloud, who was staying in a tent across the I-66 off ramp. Her area was not marked to be cleaned up by DHS, but she decided to pack everything and relocate anyway, just in case.

The clean-up occurred just shy of seven months since the first major encampment clean-up in the area, which left the lawn between 27th Street and Rock Creek Parkway fenced off. A few of the recently displaced homeless campers said they had been staying in that area just across the road until the December clean-up in. They all planned to continue living in their tents after relocating. 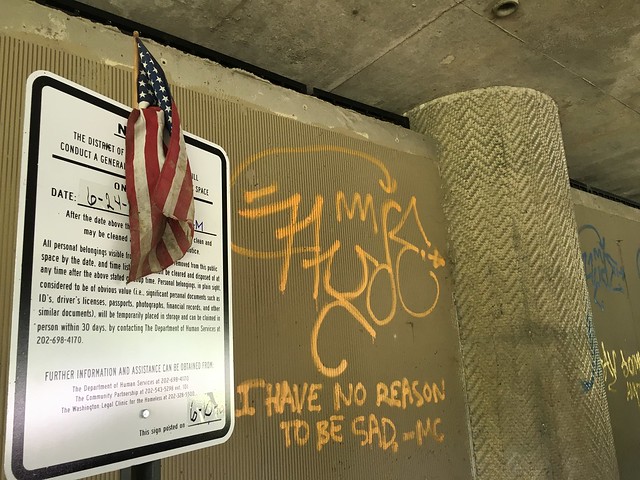 The campers said that the shelters were a less clean and less safe alternative. Tyrell, who has been living on the street for two years, said he “definitely, without a doubt” felt more secure in the encampment than in a shelter. “Going to sleep at night and waking up with everything that you’d had is very hard in those shelters,” he said.

The third smaller camp area, beneath the ledge of a K Street bridge, was cleared entirely — no resident was present. Behind a blue tarp had been a handwritten sign that read, “I have very little, as is. Please try to restrain from taking any more. P.S. I’d like the white chair and foot rest back.”

Beneath the ledge, there were books, food, plastic water bottles and a mattress among the possessions. All items were disposed of in the garbage truck present for the clean-up. 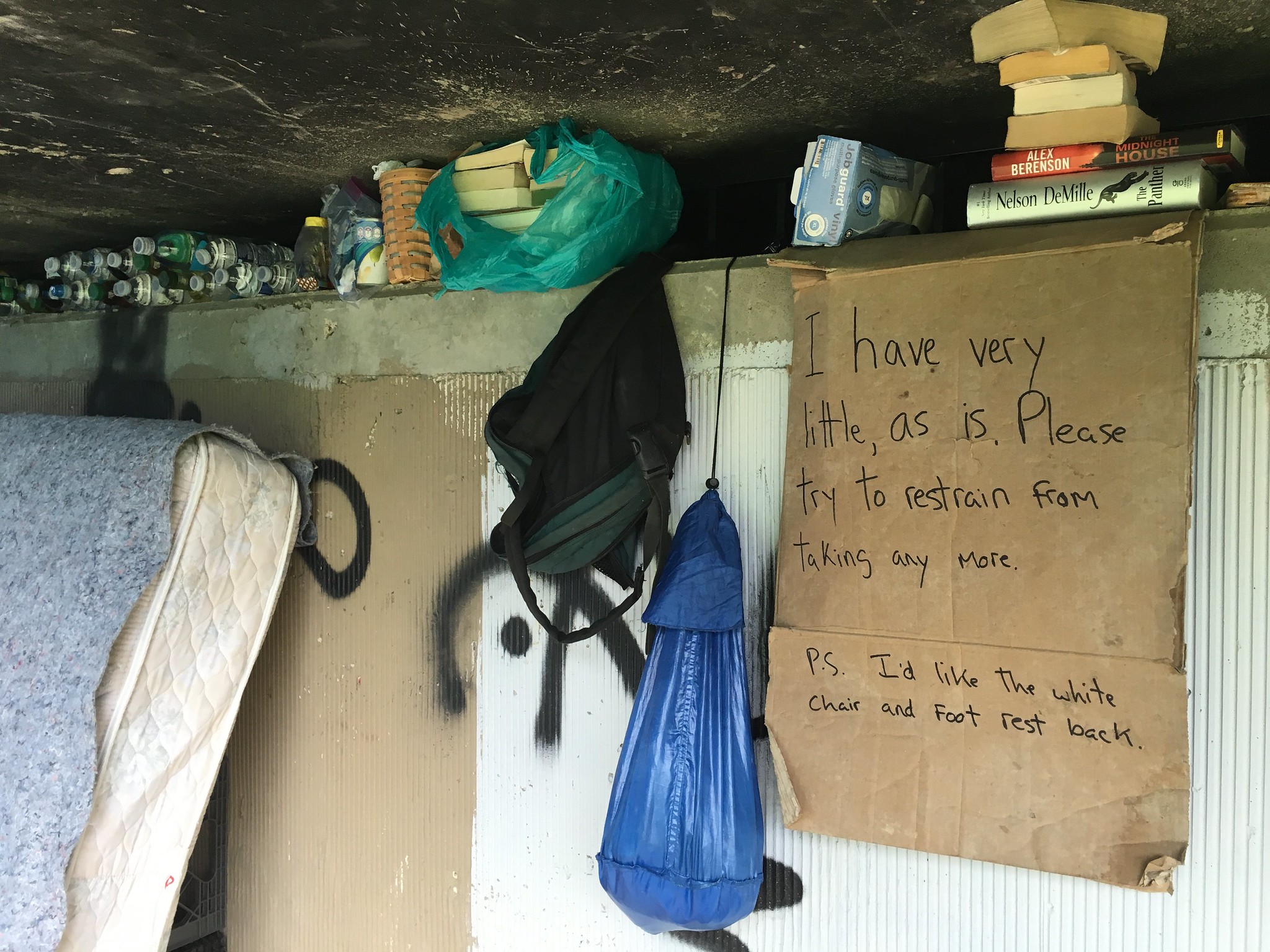 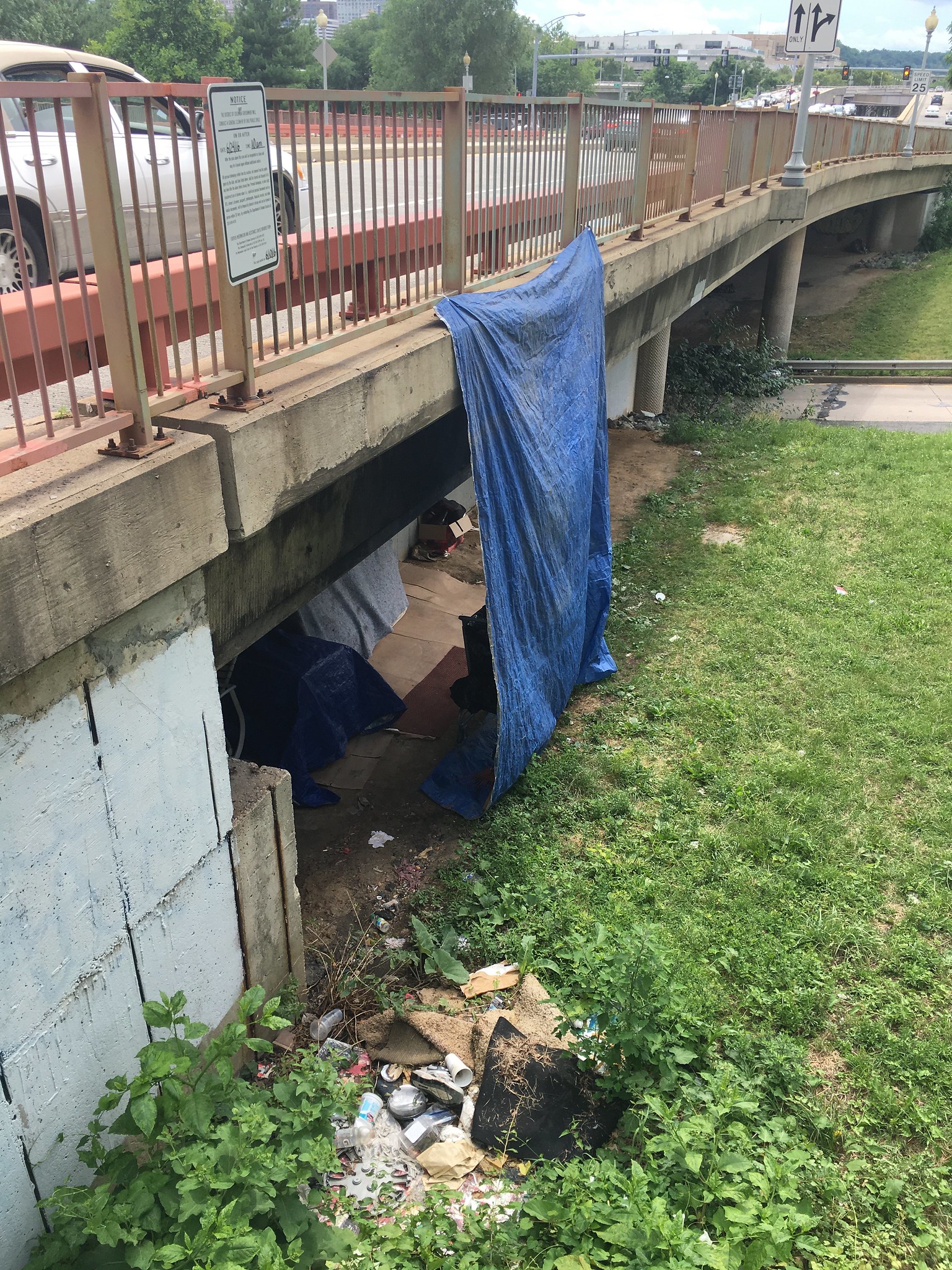