Teens Prepare Care Kits for Veterans and Questions for Congress

It was a busy morning on at the National Red Cross Building on July 16. Over 200 high school students from across the country packaged 3,000 Totes for Hope — a program of the American Red Cross. Every tote bag contains personal care items such as soap, toothpaste, and shaving cream for veterans at Fort Belvoir Community Hospital and Walter Reed National Military Medical Center (WRNMMC).

Some of the patients come to the hospital with nothing, so having the tote bag is extremely useful on a practical level. But everyone that packs a tote also writes a unique letter for the veteran who will receive it. These are truly important and life-changing, according to Dr. Inge Guen, a clinical psychologist and leader of the Creative Arts Program of the Services to the Armed Forces unit of the American Red Cross at the WRNMMC.

“Our mission is to bring hope to wounded warriors, families, and children… You are in a very powerful position, you can help them make a better life.” Guen told the students before they began packing the totes. 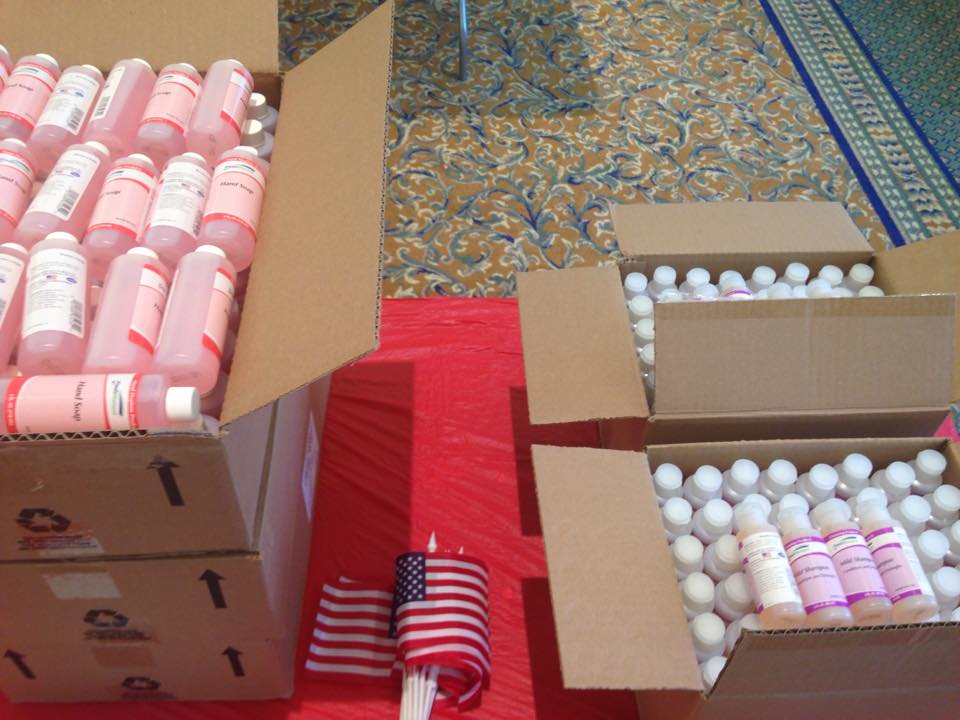 Dr. Guen also put into perspective that many of the patients they were packing for are only a few years older than the high schoolers themselves.

The students came to Washington as part of a summit for the Bank of America Student Leaders program. Each one has a paid internship this summer with a local community non-profit or organization in their home town, provided by Bank of America. Participants were chosen for their dedication to community service. While in the District they met each other, attended workshops, visited Capitol Hill, and participated in community service.

The 11-year-old program helps students understand the needs of their communities. It also focuses on the intersectionality between government, business and nonprofits, according to Kerry Sullivan, the President of the Bank of America Charitable Foundation.

“This program is our way to invest in future leaders. We all have an obligation to effect social change and to the common good.” Sullivan said in an interview with Street Sense. “Our Student Leaders are a vision of hope, and are engaged and aware.”

At first glance, it appeared that the students at each table were old friends. They created assembly lines to efficiently package the tote bags, all while laughing at jokes or chanting group cheers. But they have only known one another for a few days. While the students had fun together, they also maintained a sense of seriousness and took great care in preparing the totes and their letters

Bank of America employees volunteer to coordinate and mentor the students during the summer.

Ben Weinstein, a rising senior at Bethesda-Chevy Chase High School, is a Bank of America Student Leader interning at the YMCA in their partnership with Building Educated Leaders for Life (BELL). He works with elementary students from Seaton and Cleveland Elementary Schools to teach students science, technology, engineering, and mathematics (STEM). 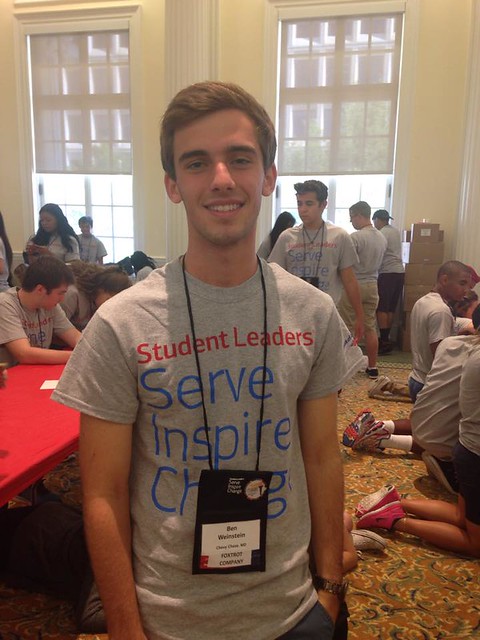 “It’s important to have the kids be excited about science and technology, and to let them know that it is possible for them to go into those fields as a future career,” Weinstein said.

Before his current internship, Weinstein completed over 200 hours of community service during the Lazarus Leadership Fellows Program. The program has students create a project that  “must be something that otherwise would not happen without the initiative of the student,” as stated on the Bethesda-Chevy Chase High School’s website.

“You don’t realize how human everyone is until you get to meet them. You can’t label someone once you get to work with them,” Weinstein said in an interview with Street Sense.

Sara Anderson, a rising high school senior from Alameda California, is interning at the San Francisco AIDS Foundation this summer, where she helps to organize events and post information at the clinic about local shelters and food banks. Before her internship, Anderson, like Weinstein, connected the disadvantaged youth in her area through sports. Anderson helped teach children to play tennis and formed supportive relationships with them. The summit
is her first time visiting Washington D.C. 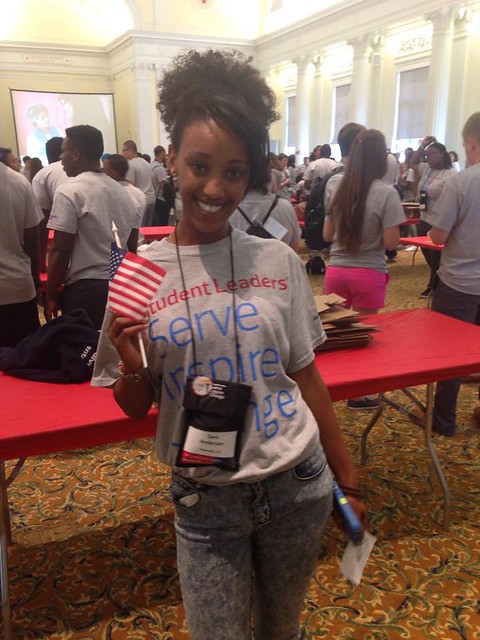 Anderson met her Senator, and asked why he does not “do something” about the issues her community faces. The summit has prompted Anderson, and the entire group of Student Leaders to ask questions and to think of the solutions to help better their communities.

The room was full of young people Chants and cheers were being shouted over music.
The spirit of the space was one of collaboration and hope. 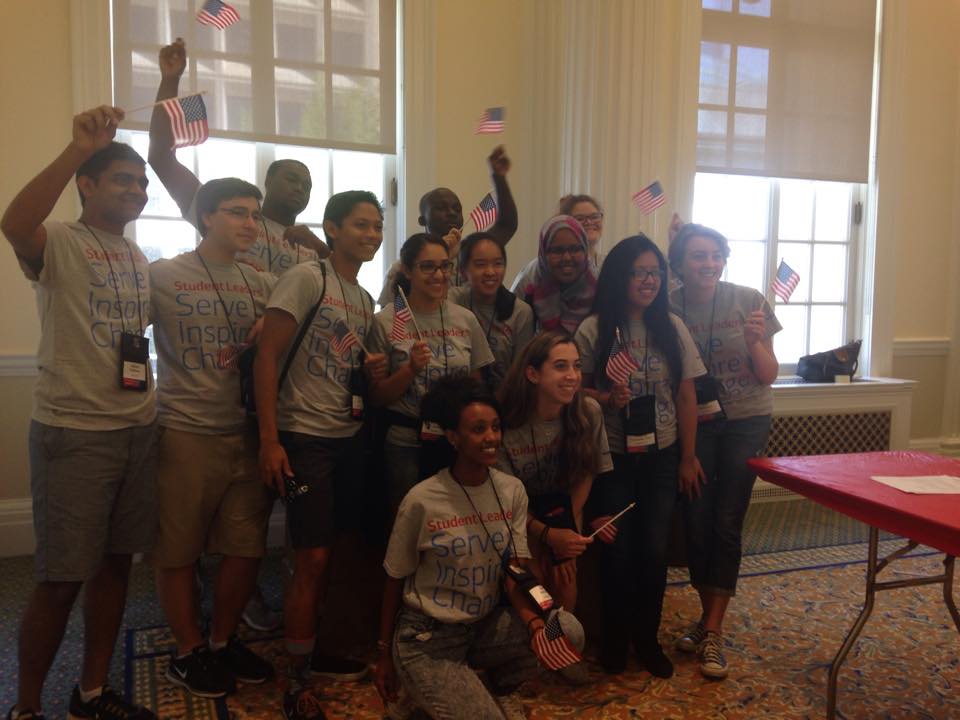