Shelters for single adults in Washington, D.C. are expected to be warm and safe places to stay overnight for the District’s 3,900 homeless individuals not in family units. These low-barrier shelters provide beds, showers, meals, and case management, with security and other staff on hand.

However, many people who use these shelters have raised serious concerns. They allude to a much a much less helpful, less sanitary, and less friendly environment.  As a step towards addressing these concerns, a 5-member panel convened on March 3 at the Wilson Building to discuss some of the problems at shelters for single adults. The panel and audience members discussed treatment of shelter guests by staff, the availability of case management, food quality and sanitation.

So Others Might Eat (SOME) Advocacy Coordinator Samantha Davis moderated the briefing. Davis told Street Sense that many clients of SOME are also clients at low-barrier shelters for single adults.  Davis said clients have been bringing up serious concerns for the past year and it is time to start the conversation about these issues.

“Together we decided to move forward in a public way to address shelter conditions,” Davis explained. She noted that it was important to have an issues-briefing early in the year to lay the foundation for educating the public and the councilmembers about the situation, so the remainder of the year can be devoted to creating a solution.

Carol Dostert, a member of the panel and a homeless advocate, was once homeless herself.

“Some staff interactions were appropriate and therapeutic. Others were not,” Dostert said. She recalled  being always on guard and not feeling safe.

“It is the lack of respect the general population is feeling,” said Kristi Matthews, Community Engagement Coordinator at So Others Might Eat (SOME) and a panel member.  “Some people say they would stay outside if they could.” 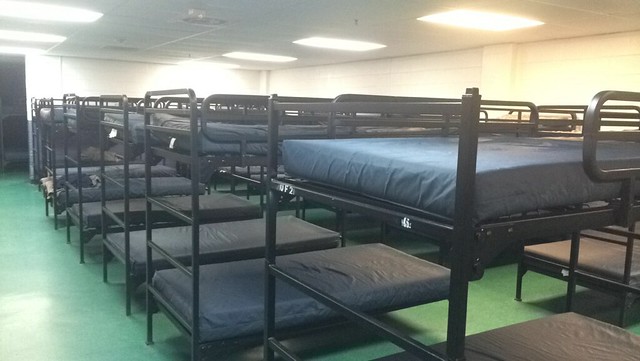 When the audience was allowed to address the panel, one man showed photos of shelter employees and security guards sleeping or not working when they were supposed to be.

The man explained that he has written many letters and filed many complaints to Catholic Charities, who oversees multiple low-barrier shelters in Washington, D.C.

Catholic Charities’ Director of Homeless and Housing Development, Luis Vasquez, was on the panel and willing to address these concerns. Catholic Charities is not the only provider of single adult homeless shelters in Washington D.C, but according to Davis, they were the only shelter provider that accepted the invitation to appear on the panel. Other invited providers included New Ministries and the Community for Creative Non-Violence (CCNV). Street Sense was also unable to reach CCNV for comment.

Vasquez stressed that Catholic Charities is doing everything they can. He said that some services, such as food and security, are out of their hands because they are contracted to third-parties.

Audience members expressed a concern that case managers are not always available to meet with clients. Vasquez stated that for every case manager, there are at least 100 clients. At the 801 East Shelter, there are 500 people.

“No one would say that’s a fair ratio,” Vasquez said.

Adam’s Place, run by Catholic Charities, is one of the smallest low-barrier shelters in the District. Case worker shifts there run from 2 – 10 p.m. The time before the shelter opens at 7 p.m. is used for completing paperwork and other tasks.

Adam’s Place’s Senior Program Manager, Robert Walker, noted that the clients at Adam’s Place know the schedule of the case manager. When they are unavailable there is a process in place where the shelter’s coordinator can help.

Another panel member, Street Sense vendor Reginald Black, discussed treatment of shelter guests by employees and alluded to mistreatment he observed during his own stay at many of D.C.’s shelters, including Adam’s Place. 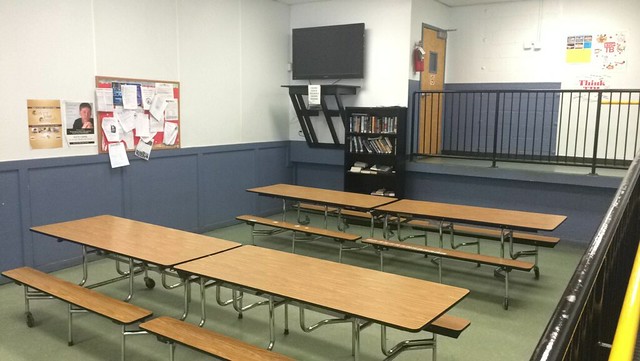 “I think there needs to be some training on how to work with homeless individuals,” Black proposed.

Beyond treatment of clients in the shelters, there were many complaints about sanitation, especially regarding the food.

Responding to speculation that the food is rotten, Walker said he had “never seen anything out of the ordinary.”  However, he conceded that the food consistently receives poor marks on the client surveys Adam’s Place issues twice a year.

One Adam’s Place client said the food is often not cooked, under cooked, or ill-prepared. He told Street Sense that the shelter often serves meals that are not appealing, such as spaghetti with no sauce or uncooked rice and beans. Portions are small.

Davis said that a client with a background in food service testified at a Department of Housing Services hearing that the food is dropped off around 3 p.m. and sits in bins until around 7 p.m. when the shelters open for clients. He believes it is during that period that the food goes bad and is unfit for serving.

“The food is contracted by The Community Partnership to DC Central Kitchen, who plans the menu, the preparation, and the delivery,” Catholic Charities Director of Communications Erik Salmi said. “Dinner service within the shelter begins promptly, once delivery of dinner is completed.”

Outside of their contract with DC Central Kitchen, volunteers with Catholic Charities make breakfast bags that contain non-perishable items like fruit cups, granola bars, and juice boxes for clients to take with them in the morning. In addition, Catholic Charities serves a free hot dinner outside their headquarters across from Martin Luther King Public Library every Wednesday at 4:45 p.m., according to Salmi.

Complaints about sanitation were raised at the briefing and are received throughout the year by the Department of General Services (DGS). Walker noted that maintenance staff from Catholic Charities cleans the facilities every day.

The Department of Human Services Office of Program Review, Monitoring and Investigation releases an annual report discussing conditions, complaints, and an assessment of improvements for the facilities they oversee, including low-barrier shelters.

In 2013, 17 of the 76 formal complaints DGS received were “health and environmental” complaints. This report also evaluates deficiencies in the shelters. In 2013, 45 percent of the evaluated shelter deficiencies were health and safety issues.

Each Catholic Charities shelter has a box where clients can file grievances. From these complaints shelter staff determines which concerns they are able to address, according to Salmi.

“There is a D.C. Interagency Council on Homelessness subcommittee available if clients prefer to take their complaints to a third-party.” Salmi noted. “Each shelter regularly holds town-hall meetings on a monthly basis to give clients the chance to share concerns or complaints with staff in a public manner.”

Catholic Charities also has a Health and Human Services Client Advisory Council made up of client representatives from all Catholic Charities housing programs. This council meets every other month to address program concerns.

Any shelter resident may also file complaints to DHS directly at dhs.dc.gov/complaint, by emailing [email protected], or by calling the complaint hotline at (202) 673-4464. For an investigation to take place, complaints must contain an individual’s name, the date, the time, a narrative description, and the provider being reported.

“[Clients] assume that we aren’t going to handle it, but that’s not the case,” Robert Walker said. “Many of the issues can be solved right there.” 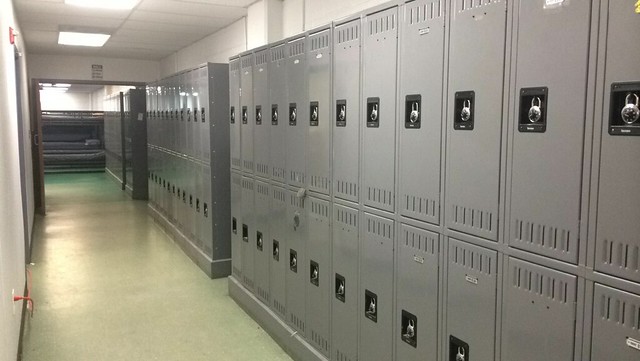 Many shelter clients fear retaliation from staff if they speak out about problems.  According to Samantha Davis, the client who presented photos of shelter staff sleeping was kicked out of a shelter the night after the briefing. Davis said that he is not currently allowed back in the shelters and is working with a lawyer to gain re-entry. Davis pointed to this fear of retaliation as a reason why only a handful of shelter clients were present at the briefing.

Another client provided his testimony to Davis for the DHS hearing after experiencing retaliation.

“One time, I came in, and they said ‘hey, we need you in the kitchen!’  When I saw what was going on in the kitchen, I made a complaint and said I couldn’t help them out because of the conditions in the kitchen. I didn’t want to be a part of that,” the client explained.  “So that night, when I went to my bed, they said they gave away my bed, and I had to go to the back of the line.”

He said that night he was placed in a poorly kept room in the shelter, where there is often urine on the floor.

DGS was invited to attend the briefing, but declined. In response to Davis’ summation of client concerns, DGS provided a statement to be distributed at the briefing.

”It can be difficult to make improvements to the shelters because of the constant need of the facilities. In the context of schools, DGS will occasionally employ a ‘swing space’ option, which allows the everyday user of the building to be temporarily relocated such that more complicated work orders can be closed out.” the statement read. “Given this circumstance, some repairs may require a service to be temporarily off-line during repair, such as a restroom.”

Davis said that it is unclear what the overarching solution would be to efficiently respond to complaints, but wants to continuously work towards one.

“We’d like to see people start putting some action into it,” Davis said.

*Clients were kept anonymous for their protection.