After writing a tribute for her brother when he died in 2014, Shernell also became an occasional contributor to our paper. An essay and illustration by her were part of a collection recognized as a finalist for the International Network of Street Papers awards in 2016. That same article was cited by The Guardian.

May she rest in peace. If you knew Shernell and would like to write a tribute to her for publication in a future edition, or would be willing to be interviewed as we research her obituary, please contact [email protected] If there is a public memorial service, those details will also be shared in our publication and on our social media channels as they become available. 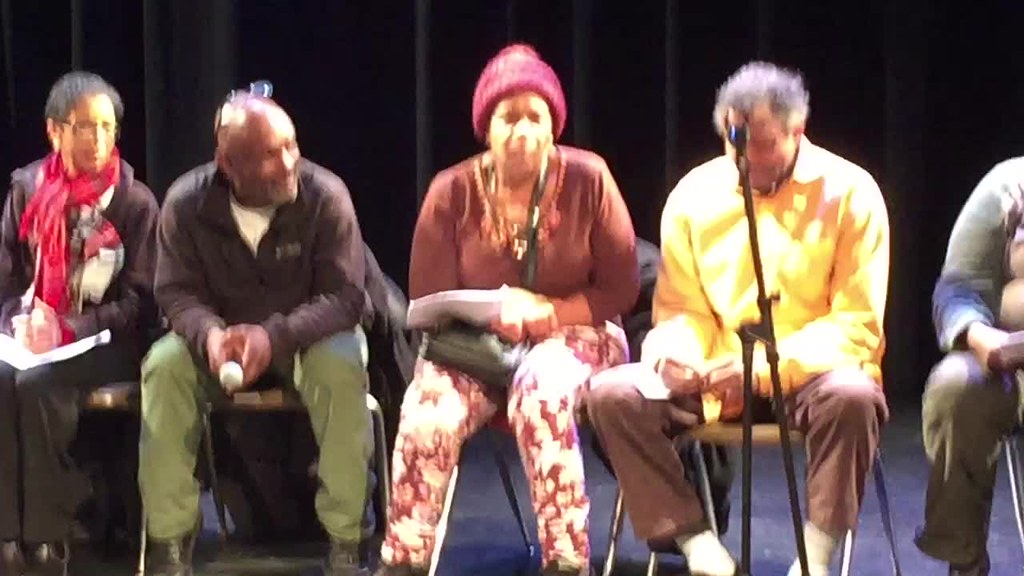 Tribute Letters from Readers and Vendor/Artists

Shernell Thomas used to vend at Dupont Circle and I knew her for at least three years. I also used to see her occasionally riding the bus by the Starbucks near Gallery Place/Chinatown before it closed.

She was very nice. She never told me her age but I was told she was a senior. I give my condolences to her family; may she rest in peace. R.I.P. my fellow vendor, Shernell Thomas. I used to buy Street Sense from Shernell every Sunday at the Dupont Circle Farmers Market and talk to her a little. She often had something nice to say about what I was wearing (which was nothing special on a Sunday morning). We shared a love of hats. Shernell herself was always stylishly dressed, within what I’m sure was a very modest budget. It impressed me that she would go to that trouble. I enjoyed seeing her and talking to her. I felt terrible when I heard a few years ago she had had a stroke. I followed her progress as best I could through another vendor. And now, she has died. I only hope she’s in a better space.

I am surprised to have learned that Shernell has passed away. I and a lot of her customers that were closer to her, especially at Dupont Circle Farmers Market, are definitely going to miss her sassiness and jokes. The last time I saw Shernell was last year back in the summertime at Dupont Circle Farmers Market. I said “Hi” and she turned around and acted like she really didn’t recognize me. Shernell was doing that a lot, forgetting people, in these past few years. After I said hello, I asked how she was doing. She told me she was staying with her sister, which made me happy. Even though I never met her sister. I knew she was in good hands because she wasn’t in disarray from the outside. She looked good and well. I was thinking about her just last week, wondering what she was up to. Shernell, today there is no more physical pain. Once you got to know her she was a very nice person. I am saddened to read in [the previous] issue of Street Sense that Shernell has died. I have not seen her in a few years now, but was a regular purchaser of the paper and would occasionally chat with her when she sold the paper at the Dupont Circle Metro. I used to worry about her, especially when she talked about sending money to Nigeria related to some scheme that surely sounded like a scam to me. But she would have none of it and insisted that lawyers were helping her. I also remember her grief at losing her brother. One of the last times I saw her, she told me she found housing in Montgomery County and it was too difficult to come down to Dupont Circle. I should have asked her how to stay in touch. I missed having conversations with her. She often made me laugh as she had a great sense of humor. And she was a striver, very consistent in selling the paper in all kinds of weather. I hope she has found some peace!

Several years back, Shernell was a regular Street Sense vendor at the Silver Spring Farmers Market on Saturday mornings, which is where I met her. We would always chat for a few minutes and sometimes I would buy her something from a nearby booth. Then suddenly she wasn’t there anymore. I found out from another Street Sense vendor that she had a stroke and was in the hospital, and I was sad to hear this. Later she came back a couple of times but she was not the same. Then I saw her one day at Shepherd’s Table in Silver Spring, where I was a volunteer. I was surprised to see her as I hadn’t seen her there before. I said “Hello Shernell. How are you?” She looked at me as if she had never seen me before and said, “How do you know my name?” I said we used to see each other at the Silver Spring Farmers Market. She just stared at me with no recognition. So I sadly realized that although she may have recovered physically from the stroke, it had still affected her mentally. She was no longer the outgoing, friendly person that I had initially met. I’m glad she was able to find some stability in her last year. She will be missed. May she rest in peace.