After more than 20 years of working in city community clinics and noticing that the current health care system puts low-income populations at a disadvantage, a D.C. professor and family physician has developed a business to bring medical care directly to underserved communities.

This startup, Urgent Wellness, will place centers in homeless shelters and housing projects where community health workers will provide direct assistance to clients and consult remotely with off-site doctors through telemedicine. A center in living spaces would meet residents where they are and provide an outlet for acute, preventative and chronic disease management care — which many do not receive, according to founder Freya Spielberg, an associate professor and the director of community-oriented primary care at George Washington University.

A center would also bring telemedicine to shelters and housing projects, allowing doctors located off-site to hear a patient’s lungs and heart and see a patient’s ear and throat or skin through a remote camera. Meanwhile, community health workers in the center would help patients get prescribed medication, complete tests and reach a primary physician. Different counseling modules and group visits will also educate patients on how to take care of specific health issues, Spielberg said.

“It’s difficult to schedule an appointment and then to follow up with an appointment when you have a chaotic life and other pressing priorities that need to be addressed,” she said.

She said she is trying to add vending machines that would make key health products, tests and medication available for patients at Urgent Wellness sites after they swipe a barcode.

Urgent Wellness would not replace the need for a primary physician, Spielberg said, but would connect individuals to the necessary doctor for their medical needs.

“We can have a community health worker there that will provide them with acute care telemedicine immediately to get that acute care need met but at the same time will enroll them into the Urgent Wellness program,” she said.

At first, Urgent Wellness will serve Medicaid patients as part of managed care organizations. Places without Medicaid would need government funding to support the center, she said.

Spielberg added that similar projects have existed in the past but had to end after funding disappeared, which is why Urgent Wellness functions as a business. Urgent Wellness has won $25,000 from the New Venture Competition at George Washington University and $5,000 from the AARP Foundation’s Older-Adult Focused Innovation Prize in April. Providing services at one center would cost about $150,000 without the management costs.

Spielberg said the money from these two projects and other funders will allow Urgent Wellness to open its first center in the Benning Terrace housing project in Southeast, D.C. in October after conducting surveys with residents to determine the project is needed and wanted. 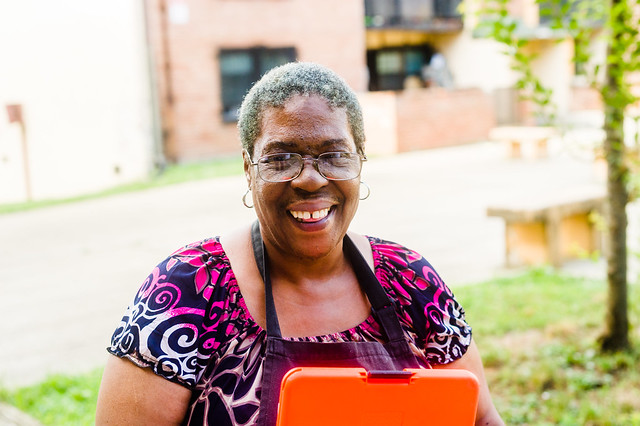 Deborah Nix, a minister at First Rock Baptist Church in Benning Terrace, began working with the project in May after participating in a webinar with the Wesley Theological Seminary where Spielberg spoke about Urgent Wellness’ plans.

Now, Nix leads the outreach effort to assess resident’s needs at Benning Terrace. She manages a team that completes the surveys in the neighborhood that will identify the health needs of community members.

Previously, Nix said that she has past experience creating family unifying programs to help people find employment, and some individuals said they couldn’t participate or get a job because of their health issues.

“If you do not have your health you cannot do anything,” she said. “You can’t get a job. You can’t exercise. You can’t go to school. That made me know we had to work on the health of our community before we could work on other the issues.”

She added that bringing the services within the community will prevent many from making excuses for missing appointments and ultimately not taking care of themselves.

Alvin Kelly, a team lead who helps direct how to conduct surveys, became a part of Urgent Wellness after hearing about the project from Nix. Kelly thought everyone in the neighborhood could benefit from it. He added that many people he has surveyed have said they need a system like Urgent Wellness in Benning Terrace.

“I can see when I’m talking to them how happy they are that the thought of maybe not having to go three miles away, when you don’t have money, to see about your health,” Kelly said.

Pearl Speaks, a Benning Terrace resident, said neighborhood residents, including herself, need Urgent Wellness because many struggle to transport themselves to a doctor and sometimes use ambulances to go get minor treatment.

“If they bring it here, it’s even better for the rest of us and the elderly and the young and the old,” she said. “I think it’s very good that they’re trying to do that.” 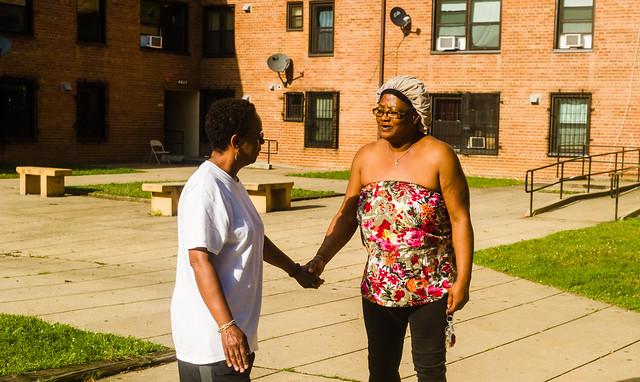 This article has been updated to correct the spelling of Freya Spielberg’s name. Previously, her name was spelled Speilberg. Benning Terrace’s location was also updated to be in Southeast, D.C. The article previously stated the neighborhood was located in Northeast, D.C. previously.