Sunlight filtered through the massive windows as the clack of typing keys and friendly whispers bounced off beige brick walls to the high ceiling above. A vague smell of dust and coffee permeated the air.

Sixteen people sat at a semicircle of white tables littered with paper, brightly colored Post-it notes and pens. The facilitator stood in front of an electronic whiteboard illuminated with a typewritten poem, calling on raised hands. An assistant stood next to her, intently scribbling down the participants’ suggestions.

“Someone who’s lived in a homeless shelter,” said one participant.

“Someone who values different opinions,” said another.

“Someone with a disability”; “student debt”; “a criminal record and a good attitude” all eventually migrated to a Post-it clad easel. 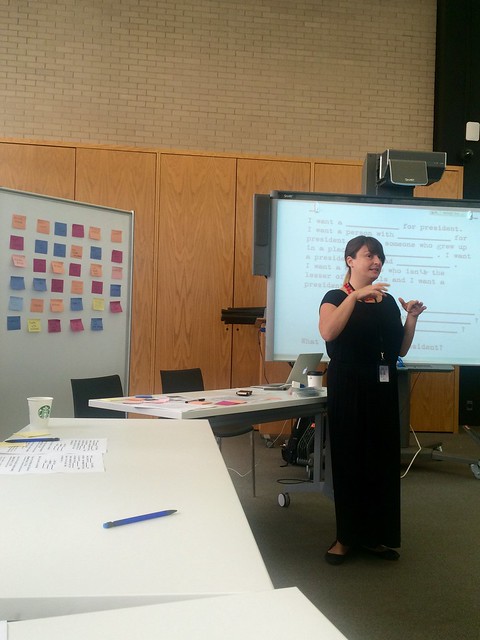 The someone in question? The president of the United States.

The workshop, which took place at the MLK Library Digital Commons on Sept. 16, was part of a public art project called “I want a president…” The project is challenging Washingtonians to reimagine political representation through poetry and will culminate in a collective reading of these poems on Oct. 16 at 5:30 p.m. in front of the White House.

Co-organizer Saisha Grayson said the project was inspired by the 1992 poem of the same title by Zoe Leonard. The poem was written as a critique of the Reagan Administration’s handling of the AIDS crisis and the overall lack of diversity in American government. A group of artists from Stockholm translated it into Swedish for a protest in 2010. Since then, it has become a larger rallying cry against divisive political systems in cities across the globe.

“When it became apparent this election cycle would be marked by fear and divisiveness, it was the perfect time to bring [the poem] back to the U.S.,” Grayson said.

But this time, she wanted to do it differently. Instead of translating the poem, she would update it to reflect America in 2016.

Since July, Grayson has worked with Co-Organizer Natalie Campbell and a growing list of community partners to host six workshops in D.C. and one in New York, with the goal of capturing as many voices as possible. Participants will condense the poems into a final one page version at Corcoran School of the Arts & Design at the George Washington University on Oct. 5.

Grayson said the workshops have been relatively intimate — usually between 10 and 15 people — but that participants are highly engaged and excited to share their ideas. 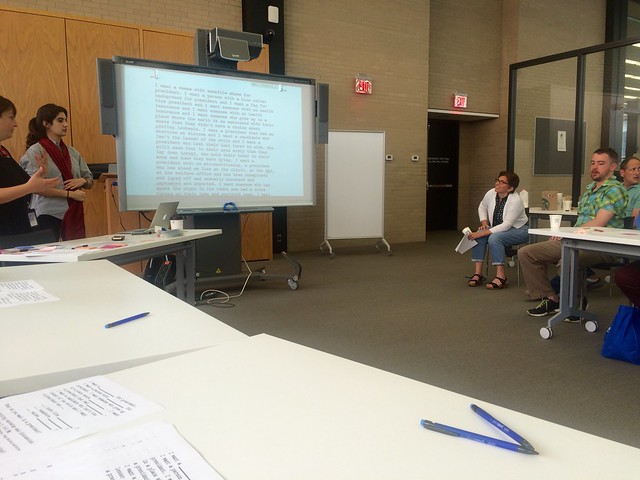 D.C. native Nathaniel Akers was delighted with the MLK Memorial Library workshop on Sept. 16, which he heard about while doing research at the library.

“I like sharing ideas. I think ideas are the things that make our country strong,” Akers said. “Words are like seeds — if they’re positive, something positive is going to grow.”

Akers said he looks forward to attending the reading at the White House.

The workshop’s success may come down to the medium itself.

“This format allows people to get past day to day arguments regarding [the] given political system and think creatively and expansively about what’s important to them,” Grayson said.

The reading is the official closing event for Creative Time Summit, an international conference on art and social change taking place in D.C. from Oct. 14 to 16. Organizers are also sharing the poems generated in workshops on their website and promoting the project on social media, and hope for a large turnout at the White House on Oct. 16 at 5:30 p.m.