A man who lived on the streets for 15 years and knew the Bible like the back of his hand passed away three weeks ago after losing a four-month battle with pancreatic cancer. Weldon Moore was 55.

Friends and fellow church members mourned his loss and recounted his story last Sunday at a memorial at Franklin Square park hosted by Worship in the Wilderness, a ministry of the Cross Community Church based in Rockville, Maryland. 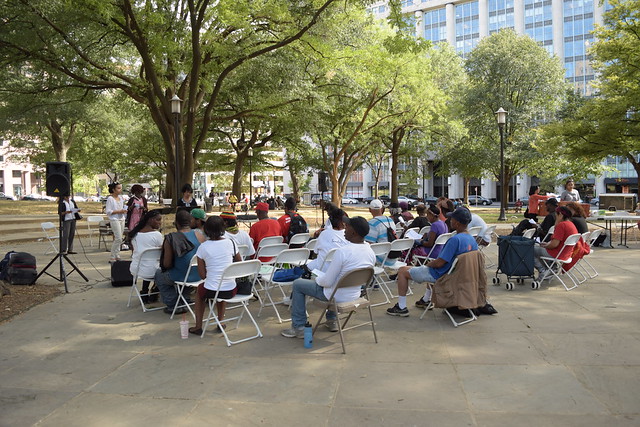 Mr. Moore worked as a plumber in the District for about 40 years. In 2001, he lost his job, then his driver’s license, and then his apartment. Moving between foster homes as a child, he had no family he could turn to. When he became unhoused he stayed at parks in the downtown area and at 801 East Men’s Shelter in Southeast D.C.

However, he often felt unsafe in parks and shelters. “People were always trying to hurt him,” said Jenna Carideo, a member of Metro Church in Alexandria, Virginia. The church’s “Street Team” holds sermons every Sunday in McPherson Square and Franklin Square parks. “He felt pretty threatened and said he had to move,” Carideo said.

Occasionally Moore stayed at his friend John McDermott’s apartment to avoid physical harassment. He would return there in the last three months of his life when he wasn’t receiving chemotherapy. 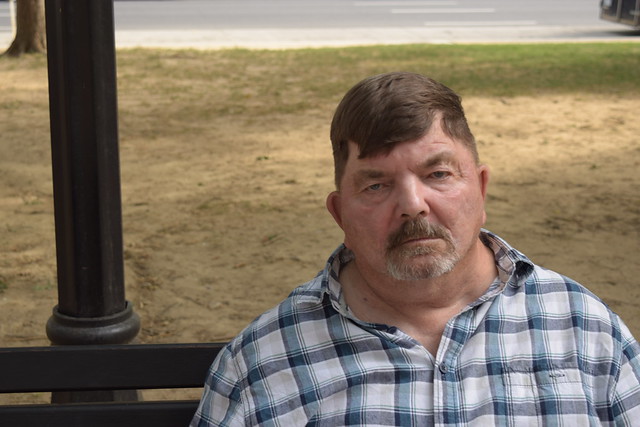 John McDermott, Co-Founder of the People for Fairness Coalition, attends the memorial in Franklin Park for Weldon Moore.  Photo by Jerome Dineen

“This city is very slow to help people in need,” said McDermott, the co-founder of a local nonprofit, the People For Fairness Coalition (PFFC), which is dedicated to reducing housing instability for District residents. “I believe if he had his own apartment he could’ve lived longer.”

Despite the dangers Mr. Moore faced, he always remained upbeat. Friends said this cheeriness stemmed from his “steadfast devotion” to Christianity.

“One day I saw him sleeping on the sidewalk next to the bus stop,” said Hillary Toa, pointing to a D6 stop on 14th and K Street. “I bought him some McDonald’s and told him he should come to our Sunday sermon at the park.”

After Toa noticed him, Mr. Moore regularly attended sermons and several retreats hosted by Worship in the Wilderness. Moore also actively helped the staff at Miriam’s Kitchen, an organization that provides meals, case management, outreach, and housing in Foggy Bottom, by picking up supplies for hot meals served to unhoused locals. 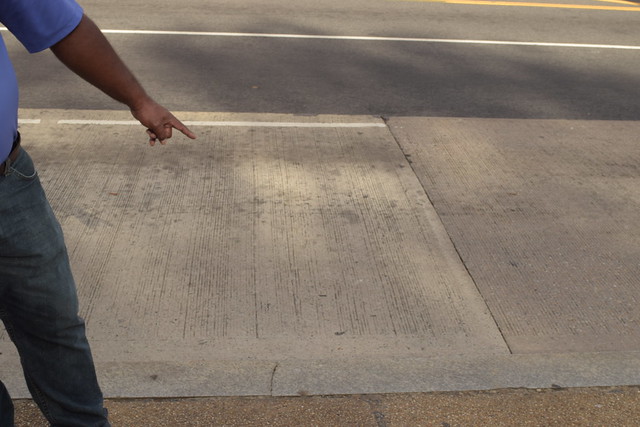 Hillary Toa, a member of Cross Community Church in Rockville, found Weldon Moore here and welcomed him to a service. Photo by Jerome Dineen

“We really began to see a new Weldon,” said Albert Townsend, a case manager at Miriam’s Kitchen in Foggy Bottom. “He was very ambitious to help other people.”

For five years, Moore struggled to obtain a state-issued identification card. Townsend and other staff at Miriam’s Kitchen helped him get one in 2016. Then, one Sunday in late June, Moore complained about a sharp pain in his lower back.

“I told him to go to the hospital and get it checked out,” said Unchu Na, the pastor for Worship in the Wilderness. Doctors diagnosed Moore with fourth stage pancreatic cancer. He had about a year to live if he was lucky.

Yet he stayed calm. “He attended one of our retreats with pain medication in his pocket,” Na said. “He wasn’t afraid of anything.”

Although friends acknowledged Moore’s peace and composure in the face of death, Townsend stressed that a solid spiritual support system can’t counteract a deteriorating body.

“He needed that same kind of support, medically,” Townsend said. “As individuals become unhoused, we need to close the gap sooner rather than later so people aren’t dying on the streets.” 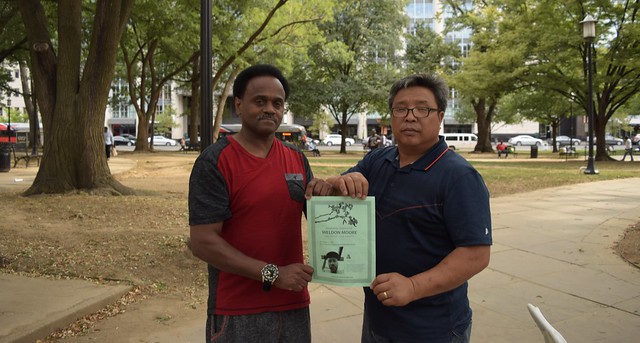 This is the first article in an indefinite effort to record the passing of District residents who die while or after experiencing homelessness. Learn more at StreetSense.org/obits.