Nancy Ware on the Intersection of Public Safety & Second Chances

When a D.C. resident returns to Washington after a prison term, they may not know what awaits them. They may not have seen family or friends in years; have few employment prospects, or have no place to live in a city with rising rents. Nearly 50,000 Americans enter shelter directly from correctional facilities each year, according to guidance from the U.S. Interagency Council on Homelessness.

“It’s really hard for them to take advantage of some of the services that we offer to help them stabilize in their lives,” said Court Services and Offender Supervision Agency Director Nancy Ware, who was appointed by President Obama to lead the agency for a six-year term, which ends next year.

CSOSA is charged both with providing probation and parole services for D.C. Code offenders in D.C. The portion of the supervision population they serve that are exiting incarceration come from prisons controlled by the Federal Bureau Prisons, which are spread throughout the country. More than 1000 offenders supervised by CSOSA live in unstable housing, or 11 percent of all people supervised by the agency. Nine percent are considered homeless while 2 percent are considered to be living without a fixed address or with housing instability.

More and more people are being released from prison each year.
Courtesy of an Urban Institute report.

Courtesy of the National Research Council.

Certain populations are more vulnerable to becoming homeless while under CSOSA’s purview, including people with serious mental illnesses, the elderly, and those returning from long sentences. Housing seniors with major medical problems is a significant challenge since they often cannot live in shelters, which are frequently unequipped to provide constant medical care or accommodate wheelchairs. “It’s always a creative juggling act for us in our staff to make sure we have the options for them that will help them be stable,” Ware said in an interview with Street Sense.

Sometimes, individuals can be matched with transitional housing, but the limited housing CSOSA has available is reserved for people who are the highest risk. A recent Memorandum of Understanding with the D.C. Housing Authority increasingly allows people returning from incarceration to live with family members in D.C. public housing.

It allows people vetted by CSOSA to reunite with family and secure housing without increased rent for a period of 18-months, according to D.C. Housing Authority spokesperson Christy Goodman. After that time, if the housing authority’s waitlist were open, the program participant could apply for housing through DCHA. Out of approximately 30 people who have applied to the pilot program so far, one-third has been accepted. “DCHA is happy to help families reunite,” Goodman said in an interview with Street Sense.

CSOSA supervision officers sometimes struggle to engage with homeless CSOSA clients who find housing in shelters, where it can be harder to contact them and help them meet basic living needs, according to Ware.

Reentry in D.C. comes with unique challenges that can negatively impact returning citizens’ ability to find stable housing and employment. In part, because D.C. offenders can be incarcerated in prisons as far away as California, many lose contact with family and friends during incarceration, and this lack of a support network makes reintegration to society difficult.

For those released after long prison terms, the District they return to looks different than the one they left. “I’ve been a resident here all my life, I go in certain neighborhoods and I don’t recognize them anymore,” Ware said. These changes can make finding safe and affordable housing even more difficult. 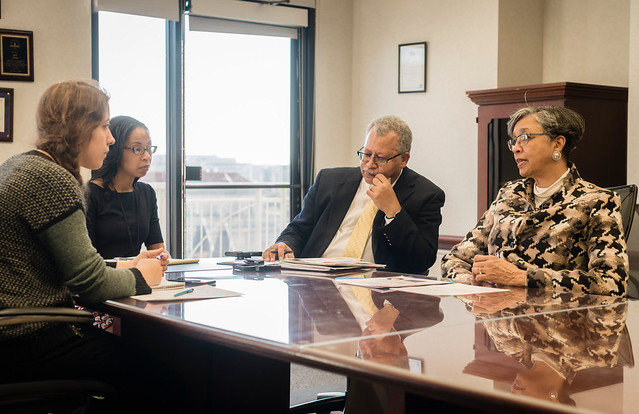 The District’s 2014 ban the box law, which prohibits employers from asking job applicants about their arrest history, has eased some of the burdens on returning citizens searching for employment. However, overcoming employers’ reluctance to hire formerly incarcerated workers still presents an obstacle for CSOSA. “They still have the sense that if you get incarcerated that you can’t be trusted. So once you’re incarcerated, you’re incarcerated for life,” Ware said.

The agency has found success working with select construction companies and hotels, the Courtyard Marriott in particular, that will hire individuals under supervision. CSOSA also works with the Department of Small and Local Business Development’s “Aspire to Entrepreneurship” program, which provides entrepreneurship training to returning citizens. CSOSA is now developing a similar program of their own.

Apart from matching their clients with employers, CSOSA strives to prepare them for the workforce by helping to navigate transportation, child care, time management and other life skills necessary for working. They also provide vocational and educational services such as GED classes and technology training.

The crucial work for ensuring a smooth reentry process occurs in prison when people scheduled for release can learn about services they may need after release. However, D.C. offenders are dispersed throughout the country in federal prisons and the Bureau of Prisons must also coordinate with other state entities besides D.C., meaning that CSOSA’s work in prisons is not the Bureau’s top priority. 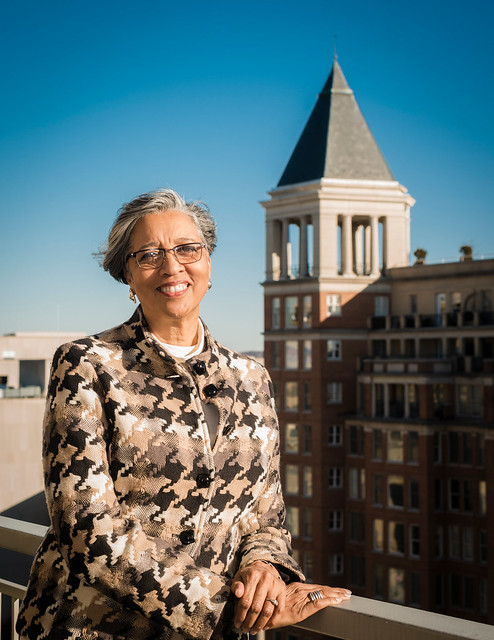 CSOSA gets around this obstacle by holding community resource days via video conference, where community and faith-based organizations and agencies talk with incarcerated people in 26 institutions. “That’s really monumental, that’s really unheard of,” Ware said. She described people frequently approaching CSOSA after release, asking about resources that they heard about while incarcerated.

The agency considers reentry a success when people under supervision have met the terms of their supervision, are crime-free and have housing, employment and treatment, if needed. However, successful completion of CSOSA supervision does not necessarily mean they will remain stable. “Sometimes they leave our supervision and they’ve had all of these structures around them and then they are free from supervision, they don’t have anyone that they can call if they lose their job, lose their housing, or are not able to continue their treatment,” Ware said. At that point, District agencies are responsible for maintaining a safety net for vulnerable individuals.

CSOSA’s mission requires balancing the need to keep District residents safe from crime with providing those under supervision with every opportunity to succeed. “Philosophically, we believe in second chances, and we believe that people can change and that their history doesn’t define their future,” Ware said. While she touted CSOSA’s success rate, Ware said that sometimes their clients do return to criminal activity, sometimes for reasons outside of the individual’s’ control, such as poor treatment of mental illnesses.

According to Ware, CSOSA is currently developing an exit survey to gather honest feedback from those under supervision about how the agency can improve their services. Ware said that in recent years, CSOSA has improved their approaches to offer more incentives to support their clients while holding them accountable.

How CSOSA’s clients will fare under a Trump presidency is uncertain. “We’ll have to see what the new administration has in store, philosophically, for this population,” Ware said. “I’m optimistic because I think we have to maintain our optimism and maintain our commitment to what we do and how we do it and the fact that we do it well.” An infographic released by The National Research Council in conjunction with the 2014 release of a 464-page report on the rise in incarceration in the United States.