More than a name:
Demonstrators share their ties to Homeless Persons’ Memorial Day

Emmalyn Sharf told a crowd of activists huddled in a heated tent at Freedom Plaza about the life and death of her friend of more than 10 years, Michael Dunne. The group had just marched for a mile down 14th Street NW, carrying signs bearing the names of Dunne and other men and women who died without a home in 2017 or shortly after receiving housing assistance. While many were there to support the homeless community and demonstrate their desire for more progress toward ending homelessness, few opened up about any personal connections to the people whose names were being carried in the street.

Sharf stepped up at a community open mic event to recall the loss of her friend, who struggled on and off with homelessness, especially toward the end of his life. She first met Dunne when she was fourteen and coming out of a karate class in Silver Spring, MD. The two struck up a friendship, which grew over the years.

Dunne had lived in a tent and would go from the streets of Rosslyn, VA “all the way out to Miriam’s [Kitchen] every morning trying to get food,” Sharf described. She recalled helping Dunne find housing through the nonprofit Pathways to Housing D.C.

But in May 2016, just one month after Dunne had moved in, he was diagnosed with lung cancer. “I tried to be there for him as best as I could, knowing that he didn’t want any help,” Sharf said to the crowd. “[I saw] this man being able to walk perfectly fine from the very beginning to winding up in a wheelchair barely even able to move. Barely even trying to make it to the toilet.”

Dunne did not bother seeking further medical attention because his mother had lived long without treatment and his father had died regardless of it, according to Sharf.

“I tried to educate him, but.it didn’t help,” she said, breaking off to chuckle at the memory. “It only caused us to argue at times, so I wanted him to be peaceful.”

The housing Dunne received turned out to be problematic because he could not make it up the stairs. Sharf ended up inviting Dunne to live with her for that last year.. “I told him that the streets were never an option again for him: ‘you’ve got my place,’” she said.
Dunne died hospitalized at age 58 on October 13, 2017, after three plus years of unsheltered homelessness and one year and six months of untreated cancer.

The full list of people being remembered will be read at an interfaith memorial service at New York Avenue Presbyterian Church on Dec. 22. 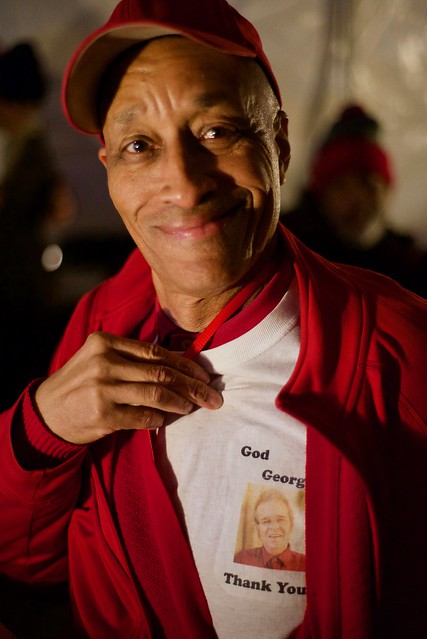