The Equal Rights Center (ERC), a non-profit civil rights organization, routinely conducts investigations to identify unfair discrimination in housing, employment and accommodation nationwide. In 2015 and 2016 ERC sent testers to residential complexes in Northwest D.C. with instructions to act as if they wanted to rent a unit that they would pay for with a voucher. Each tester was given a profile to embody, such as the number of children they had, their employment status and if employed, their place of employment. None of the testers was instructed on what answers or behaviors they were testing for.  The experiences of the testers at The Garfield House, The Lencshire House, The Yorkshire and The Parkhill gave rise to a lawsuit against the owner of those four properties, Lenkin Company Management, Inc.

One of Lenkin’s properties that advertises “available apartments” but refused to accept vouchers during ERC’s investigation. Photo by Ashley Clarke

The investigation into Lenkin stemmed from a wider probe into systemic issues with housing inequality in D.C, said Kate Scott, the fair housing director at ERC.  Over the years, ERC has called at several different properties in the District, not just Lenkin’s properties, Scott said. The lawsuit against Lenkin was filed on the basis that it is unlawful, under the D.C. Human Rights Act (DCHRA), to discriminate based on source of income, which encompasses Housing Choice Vouchers. ERC also claimed racial discrimination, which is similarly unlawful under both DCHRA and the Federal Housing Administration (FHA).

“The discrimination in this case is very blatant. In each of the tests, the tester was told that the property did not accept vouchers,” Scott told Street Sense.

“When you have a housing provider in a predominantly white neighborhood rejecting voucher holders, that’s tantamount to race discrimination,” Scott said. “I think unless that reality comes to the fore it’s going to be really hard to tackle the problem of longstanding racial segregation in the District, which is the whole point of the voucher program overall.” 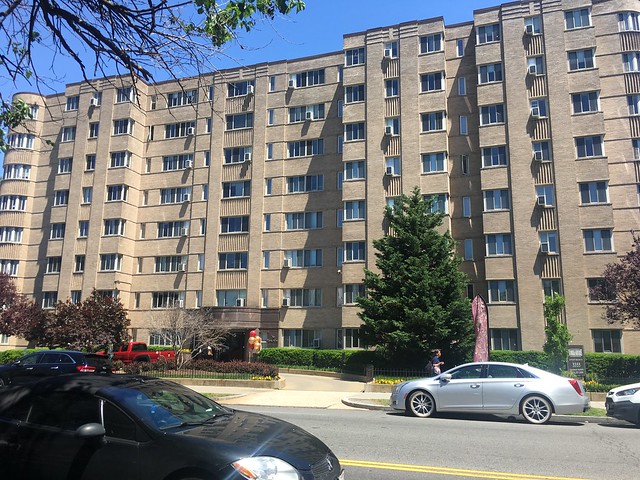 Yorkshire Apartments is one of the buildings that the ERC conducted their investigation into Lenkin’s alleged discriminatory practices. Photo by Ashley Clarke

Scott said that ERC reached out to Lenkin after the investigation. “Our next step was actually to conduct education outreach activities to try to make both consumers and housing providers aware that this kind of discrimination is illegal,” Scott said. She said that ERC sent a letter directly to Lenkin telling the company about the problem. She said ERC provided Lenkin’s staff with educational materials and asked them if it would be possible to set up a meeting to figure out a way to resolve the issue. Lenkin never responded to the letter, according to Scott.

The company’s president, Edward Lenkin, told Street Sense in an email,  “We take this matter very seriously, and are investigating the allegations in the complaint.  The allegations do not reflect who we are as a company, and in fact, are contrary to our regular fair-housing training. The allegations are not the way we’ve always conducted our business. As a company, we do not tolerate discrimination.”  Lenkin declined further requests from Street Sense for comments on their fair-housing training.

Scott said that the testers’ experience during the investigation proved that Lenkin had a policy of not accepting vouchers at all of their properties.

When property owners refuse to rent to voucher holders it not only violates anti-discrimination laws, it also exacerbates the District’s struggle to house homeless families.

“Voucher holders are limited by only the maximum amount of rent DCHA is permitted by regulation to pay on their behalf,” said Christine Goodman, public affairs and communications director for the D.C. Housing Authority, which administers housing choice vouchers.

Goodman said the only thing vouchers cannot be used on is units that are already being subsidized by federal rental assistance. 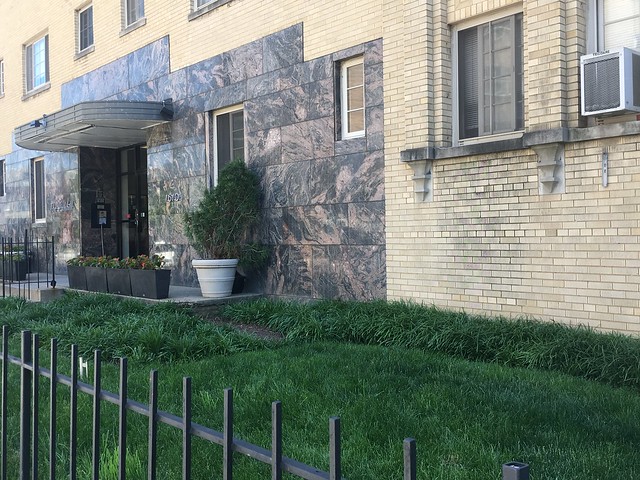 ERC is seeking monetary damages from Lenkin in an amount to be determined at trial.

“In terms of damages, ERC was harmed by Lenkin’s behavior. We are interested in recouping those damages,” Scott said. Damages she enumerated were “the cost of the investigation and the cost of the education and outreach work that we had to undertake to try to counteract their discrimination.”

Scott said that the most important thing is to make sure that voucher holders can live in these properties if they would like to.

This is not an issue unique to the District.

“Housing discrimination can be a major issue in most cities and states, including the District,” said Stephanie Franklin, director of policy and communications for the D.C. Office of Human Rights (OHR). “The basis of this issue is not solely limited to race or source of income, but is often motivated by a number of  traits and factors.”

Franklin said OHR attempts to proactively reduce discrimination by working with both landlords and tenants. “The D.C. Office of Human Rights has a robust education and outreach strategy that engages not only residents and visitors of the District but also housing providers,” she said. “Our dual approach to limiting the number of violations is to inform communities of their rights through neighborhood workshops while also creating awareness in the housing provider community as to their responsibilities by law.”

There were a total of 41 housing discrimination cases docketed by the OHR from October 2015 to September 2016, according to Franklin. Almost half of the cases were filed on the basis of “source of income” discrimination.

“Our complaint process is completely free and does not require an attorney,” she said. “There are 18 protected traits that apply to housing discrimination that include both race and source of income.”   If prospective renters believe they have experienced discrimination, Franklin encourages them to file a complaint through OHR.