The D.C. Council may change the city’s status as the only jurisdiction in the country that requires those with intellectual disabilities to be civilly committed in order to receive city services.

The council’s Committee on Human Services is reviewing a bill that would remove the city’s mandate that people with at least moderate intellectual disabilities be civilly committed in order to acquire services from Medicaid and the Department of Disability Services. A committed person is placed in a licensed home by the court, obtains an attorney and attends review hearings with judges at least annually.

Under the legislation proposed by Mayor Muriel Bowser in March, people who are currently committed would choose whether to remain in the system, and in the future, commitments would only be mandated if individuals commit a crime and are found incompetent to stand a court trial.

The bill would also provide intellectually disabled people with the choice to appoint a supportive decision maker, a friend or family member who would advise the person in care-related decisions such as whether to have a surgery. A supportive decision maker would only have the authority to make recommendations, unlike legal guardians who can make final decisions, according to Neha Patel, the deputy general counsel at DDS.

The bill brings civil rights back to individuals and their families, according to DDS Director Andrew Reese. It removes the court’s ability to make decisions for them, which Reese said can sometimes be overreaching, such as when an individual was told that she could not get married.

“The attorney and the judge told her that her behavior needed to improve before she could get married, which to me is a clear violation of a person’s constitutional rights, their civil rights,” Reese said.

Sixteen individuals have been committed since 2010 after DDS has shifted to placing individuals in community-based services instead of facilities and institutions like Forest Haven, Reese said. Forest Haven was an institution for people with disabilities that is remembered for the mistreatment and abuse of its residents.

An earlier version of the bill, proposed in 2015, would have ended past commitment, with an option for consenting individuals to reapply. But families and advocates pushed back, saying that some committed individuals consider their attorneys part of their support network.

On June 15, the Committee on Human Services held a public hearing where several advocates praised the bill for providing more freedom for individuals to manage their own lives without court interference. Others were concerned that removing commitment for people with intellectual disabilities would leave them without supervision from the court and attorneys to ensure proper treatment from care providers and the DDS. “If DDS is doing the monitoring and the providers are doing the monitoring, it’s like the fox in the henhouse situation,” Betty Sinowitz, the president emerita of the Family Court Trial Lawyers Association who represents those with disabilities, said. “We need outsiders.”

Sinowitz said her clients and those with at least moderate disabilities do not have the ability to make the decision whether to stay in commitment, and the bill does not allow her as an attorney to help her client make the decision.

Supporters and opponents were united in their concern over the lack of an external grievance process. Reese said D.C. Council, DDS and advocates are currently in discussions about addressing this concern, either in amendments to the legislation or in the future.

Sandy Bernstein of University Legal Services, the official federal protection and advocacy agency for people with disabilities in D.C., said in an interview that she thinks people should be able to choose if they want court involvement in their life – instead of experiencing involuntary commitment to receive assistance.

“That’s not a system that exists anywhere else in the country,” Bernstein said. “People apply for services – they get services. You don’t need to have a court approve to change where you live or change what you do during the day.”

Bernstein added that people with more severe disabilities and without family support would be supported by a government-appointed guardian and would not need court oversight.

Robert Kennedy, the vice president of Project Action, an advocacy group for people with disabilities, receives services from DDS and said in an interview that because some people do not need to be committed to function, it shouldn’t be required to obtain services.

“Some of my peers are scared it might not pass,” Kennedy said. “Don’t be scared of it. Just speak up for your rights.” 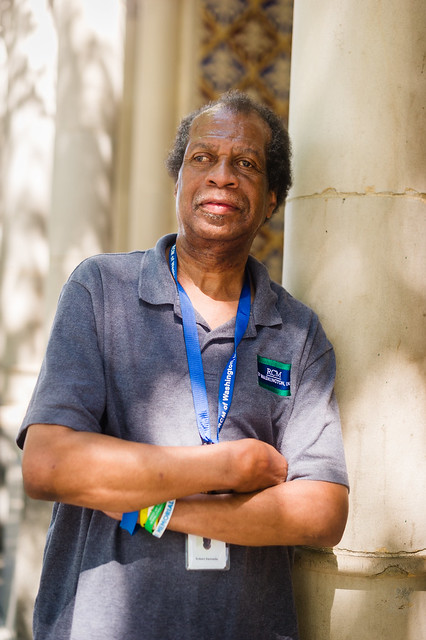 Councilmember Brianne Nadeau, the chair of the Committee on Human Services, said she plans to make some changes to the bill.

“There was quite a bit of support for this bill,” she said in an interview after the hearing. “We know we have a few tweaks to make.”

The council will not take action on the bill until October after its recess, according to Sinowitz.

Marie Rawles, the mother of a 51-year-old woman who is committed and living in a group home, favors some court involvement. Rawles said she is concerned about her daughter’s commitment status and future individuals who would not be committed and not have as strong of a check and balance system to ensure they receive appropriate care.

“It seems to me that this is working,” Rawles said. “When we go to the court, it’s not that we’re there to dictate to an individual what to do or what not to do. We’re there to support whatever is in place for them.”

This article has been updated with a more accurate timeline for the D.C. Council’s actions on the bill and to clarify that this bill pertains to people who have not committed a crime.