Safe, secure, and positive: Moyo Onibuje on his new home in Columbia Heights

Street Sense Media vendor, writer, and poet Moyo Onibuje found housing about a year ago, at the Argonne apartment building in Columbia Heights.

After completing college in England, Onibuje moved to D.C. in 2000 and became homeless after his housemate gambled away much of their rent money. A subsequent robbery left him with a broken jaw, unable to work for several weeks. Afterward, according to Onibuje, “I refused to go back to my old apartment in Southeast D.C. It was a dangerous environment. I was so scared that I didn’t go back for my stuff.” The possessions he left behind were thrown away.

For Onibuje, homelessness was “fearful,” “dangerous,” and “very traumatic” to experience on an individual level, especially in a foreign country where he knew little about what services were available to help him. On a political level, Onibuje points out that D.C. has disproportionately high rates of homelessness, especially within the Black community. “If you look at the number of people who live in this city and you look at the percentage of homelessness and compare it to other industrialized nations, you’ll find that it’s quite high in Washington, D.C. You have a lot more Black people in Washington, D.C. die. A lot more Black people are homeless. Statistics prove a lot.” 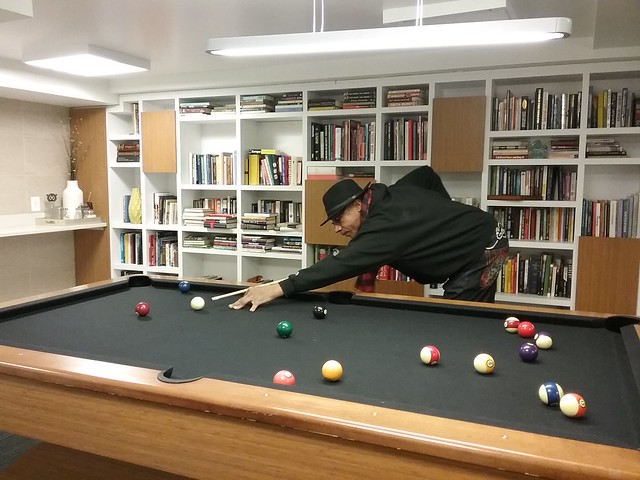 According to Onibuje, only a small number of Argonne residents have housing vouchers. Going through background checks and rental history checks to be approved for a voucher was, for Onibuje, the hardest part of the housing process. Finding furnishings was difficult as well since most of his belongings were left behind in his old apartment. Spiritual and financial support were hard to come by, but Onibuje says he found both through a Street Sense Media case manager and a social worker who works with many Street Sense Media vendors. They helped him fill out paperwork and pay deposits.

Onibuje’s new apartment is small but comfortable and has a kitchenette, balcony with a view, and plenty of room for his many books. The Argonne also has an outdoor pool, gym, comfortable lobby, and a lounge area where tenants can play board games or pool. Onibuje is happy with his new home, saying “I find the management here very nice. The Argonne is one of the top 100 places to live in the city.” 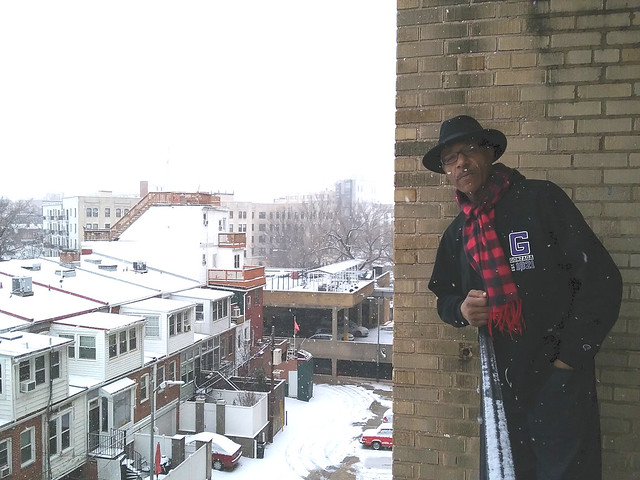 The view from Moyo’s balcony. Photo by Grace Collins

He also enjoys the surrounding neighborhood. “I like Adams Morgan. Adams Morgan has been rated the second-best place to live in D.C. It’s got a good nightlife, lots of restaurants, lots of bookstores, lots of shops, lots of places where you can go and kill time. There’s a younger crowd.”

Onibuje still works with Street Sense as a vendor and contributor and volunteers in his free time. Looking back on where he was before finding housing, Onibuje says “If I had any advice, it would be, first and foremost, to get in touch with Street Sense, and get a good case manager. Try to find the best places to live in the city.”

In his new environment, Onibuje can spend more time doing what he loves: reading, writing, and being with his daughter. He has plans to write and publish a book, look after his health by getting surgery he has been “shying away from,” and work on being a better father. “I sleep better at night. I have a little more time to read. It’s definitely a new beginning.”