How creating dolls serves as therapy for homeless women

Traditional flip dolls designed and created by women from N Street Village were showcased in a Feb. 2 art reception in Rockville, Maryland. The women participated in a 12-week workshop titled “Revisioning the Flip Doll: Exploring our Connections,” hosted by artist Erika Cleveland, which invited the women to make their own dolls inspired by their lives.

Cleveland, who once worked as an art therapist, hosts doll-making workshops for women in transition. She defines transition as a broad term encompassing any significant life change, including entering or leaving a shelter, quitting a job, or leaving a relationship. Making the dolls, which Cleveland calls transformative healing dolls, is a therapeutic process used to comfort and celebrate the maker.

It is believed that traditional flip dolls originated in the antebellum South, although this has not been formally documented, where enslaved mothers made the double-sided dolls with two girls attached at the hip for their daughters. The dolls would be flipped from one character to the other by turning them upside-down. The dress of one persona of the doll would fall inside-out to become the dress of the other persona, and would also cover the head of the side not in use.

“[Enslaved mothers] knew that their daughters would have that role of taking care of White kids and Black kids, so they wanted to teach them to go back and forth,” Cleveland said. “The idea that the doll can hold opposite ideas, that’s what the challenge was.” 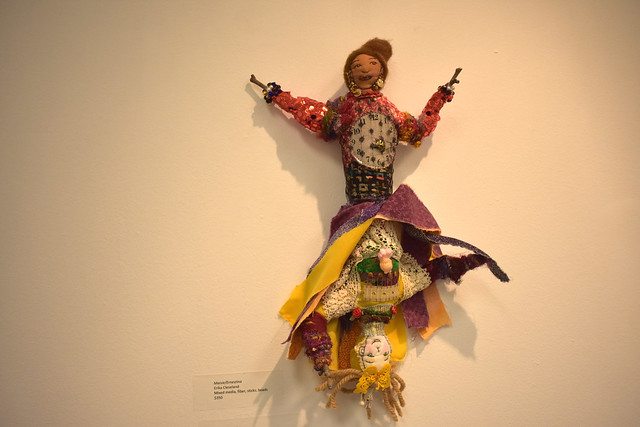 Heidi Gauthier, volunteer coordinator at N Street Village, suggested bringing the workshop to its clients, specifically at the organization’s Luther Place and Phyllis Wheatley residences. N Street Village, located in Northwest DC, provides services such as overnight shelter, addiction recovery and resume-writing for close to 2,000 women annually, according to its website.

Participants in the flip doll workshop were provided premade doll bodies, to which they sewed all clothing, facial features, and embellishments themselves.

Danna Newball, a client of N Street Village, participated in the workshop, where she says her doll was inspired by her two granddaughters.

“They are one year apart and very different. One is very quiet, and the other one is very outgoing; she takes after my side of the family,” Newball said. Her doll reflects the differences in the two girls.

Newball described the doll-making process as a relaxing experience and said the 12 weeks flew by. Having begun the workshop with no prior sewing experience, she has now mastered multiple kinds of stitching. 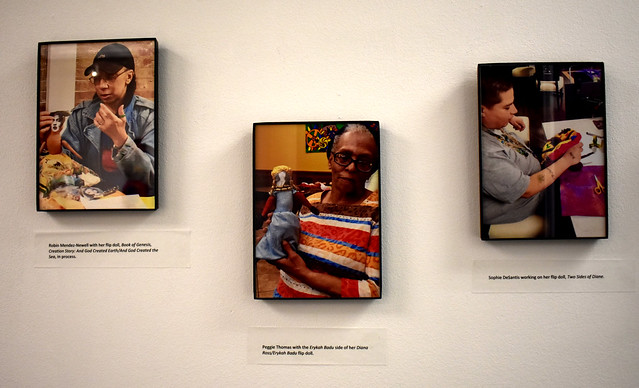 “In the beginning, I didn’t think I’d enjoy it, because I’d never done any artwork or activity like it. After a while I caught up on the concepts,” Newball said.

Cheryll Young, another participant, was inspired to create a doll representing her two favorite seasons: winter and spring. She described the events of the two seasons as sources of happiness in her life. The winter side of the doll included a Christmas tree star and Valentine’s Day hearts. The spring side depicted a family picnic, cherry blossoms and a dog, representing her sister’s beloved dog Angel, who recently passed away.

“I am a family person and a people person. My mom was an inspiration to me; she gave me happiness,” Young said, emphasizing that family was the biggest source of inspiration for her doll.

Both Young and Newball attended the Feb. 3 reception at the Artists and Makers Studio in Rockville. Young attended with her daughter, and Newball with one of the granddaughters who inspired her doll.

The ride that Newball had secured for herself and her granddaughter fell through before they were due to leave for the reception. Newball suffers from knee and back problems but was determined to attend despite not having access to a car. She borrowed a walker from her neighbor and took three buses and a train to make it to the studio.

“It was a journey and a half to get there. It was the most interesting journey. We left here right after 5 and arrived at 8:30,” she said. “We didn’t get home until 11; I haven’t been out of my house that late in so long!” 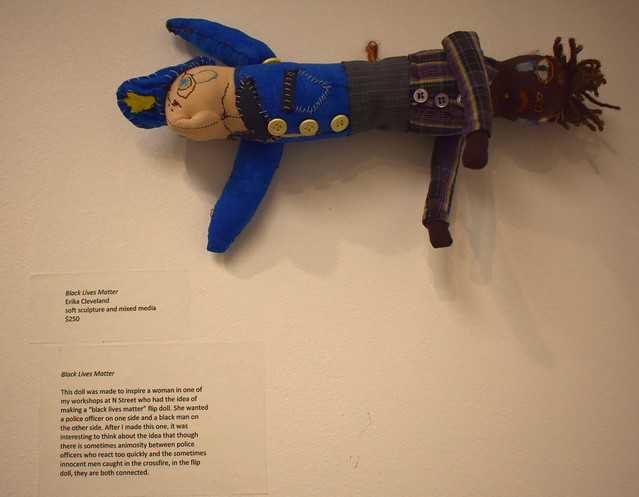 The journey was well worth it, she said, for her granddaughter to see her doll on display.

Cleveland is excited by the works of Newball, Young and the other workshop participants. Some, including Young and Robin Mendes Newell, another woman from Luther Place, enjoyed the work so much they asked Cleveland for more blank dolls to work on independently.

Cleveland said one of the most rewarding aspects of the workshop was what the women involved learned from each other. She described the comfort that the N Street women provided a woman from the Potomac Arts Fiber Guild who was there assisting with the workshop. The woman was making her own doll, inspired by her sister who had passed away.

“She was in tears talking about her doll,” Cleveland said. “The women from N Street were there comforting her, and I loved that it was like a reversal of roles. It wasn’t just us coming in and helping; it was more equal.”

The flip dolls will be on public display at the Artists and Makers Studio in Rockville until Feb. 22.