The Longest Night of the Year

Every year across the United States, over 180 cities participate in holding vigil services to honor those who have passed away without a home that year. The District lost at least 53 homeless residents in 2014, including Street Sense’s own Veda Simpson (see full list below). Two of the 55 names read aloud, Jane and John Doe, are symbolically listed every year because “there are many more people who have died homeless that go unreported or unnoticed,” according to Michael Stoops, Director of Community Organizing for the National Coalition for the Homeless—which has sponsored the vigil since 1990. 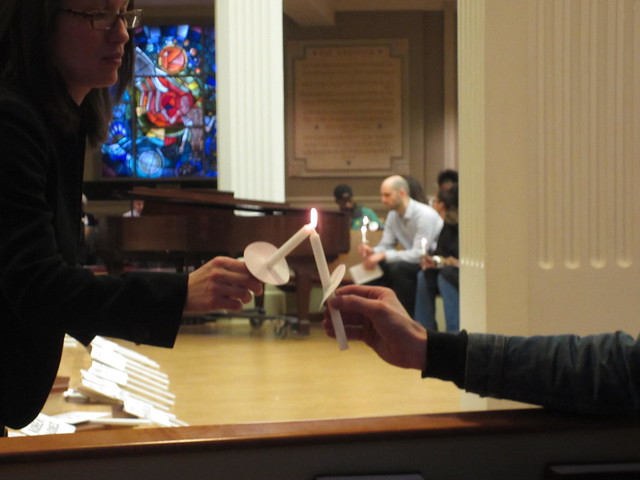 Washington’s vigil has been unique since 2013, when local advocacy group People for Fairness Coalition (PFFC) and other community partners began organizing action events surrounding the vigil. This year marked PFFC’s second annual sleep out, rally and march to raise awareness about the harshness, prevalence, and dire risks associated with homelessness in D.C.—ultimately campaigning for housing to be considered a human right. 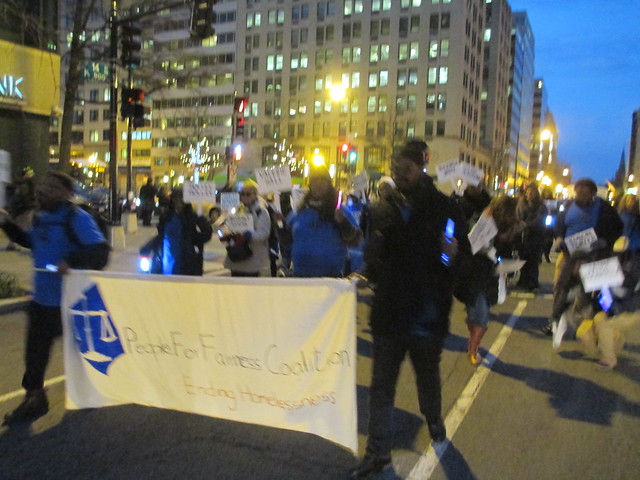 Beginning Thursday evening, December 18th, advocates marched in the street—interrupting traffic— carrying the names of those homeless persons that died this year. Marchers began at a memorial plot for historic activist for the homeless, Mitch Snyder, located at Luther Place Church on Vermont Ave. From there they trekked to Freedom Plaza on Pennsylvania Avenue and established several tents across the street from the White House complex. 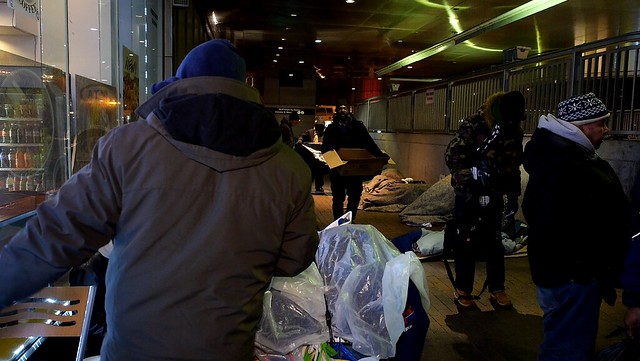 PFFC further built on the 2014 event by soliciting donations of hand warmers, hats, sleeping bags and other supplies to assemble survival kits for people living on the street. At approximately 10 p.m. Thursday, demonstrators sent a street outreach team to pass out the kits – originally intended for participants in need.With the city hypothermia alert activated and the wind chill expected to stay well below freezing, they felt obligated to help equip people sleeping outside in the surrounding area. 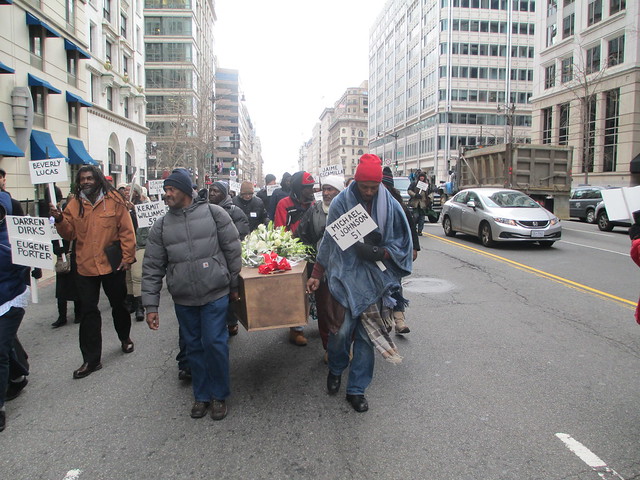 An empty casket was carried through the streets, representing those that died. 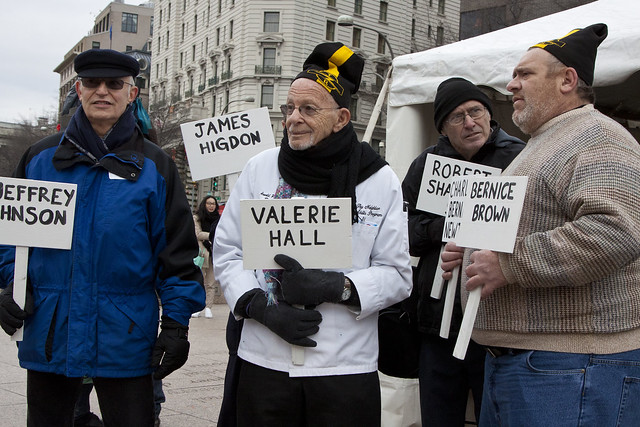 In solidarity, Arnold Abbott­—91—flew in from Fort Lauderdale, Fl to take part in each stage of memorial day events in the nation’s capital, hoping to make homelessness more of a national priority. Abbott rose to international prominence by disregarding Fort Lauderdale’s new “anti-feeding” ordinances when operating his meal program for local homeless people. He highlighted that homeless people are not able to enjoy the same simple pleasures as tourists on the beach where he operates. Abbott has received noncompliance citations that threaten at least $1500 in fines and 180 days in jail, according to the National Law Center on Homelessness. 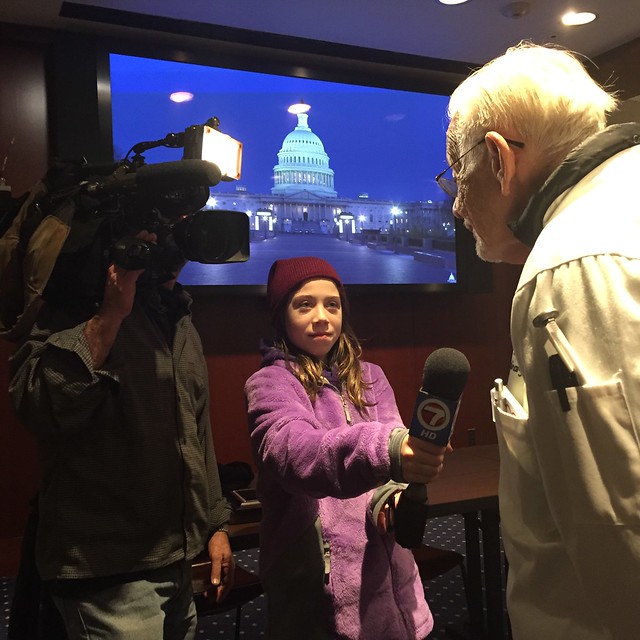 He expects to return to Washington in early 2015 when Congress is back in session. Abbott wants to inspire those in power to see the homeless as individuals and fight for equality for all. He called the number of people without housing in the United States a national disgrace. Having spoken with international press about his resistance to Florida’s new restrictions on feeding the homeless, Abbott asked “what am I supposed to tell China and Russia when they call me to talk about democracy?” 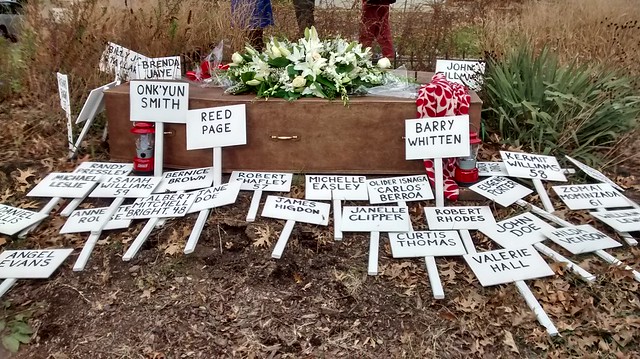 The complete list of names read at the vigil is as follows: