The Department of Behavioral Health (DBH) received mixed reviews at a February 4 performance oversight hearing. DBH provides prevention and treatment services for 22,000 youth and adults with mental health disorders, according to the department’s website.

Some witnesses called for the implementation of more mental health programs in schools and communities, citing their personal experiences of overcoming mental health.

“No matter what a person has been through, recovery is possible,” said Rhonda Johnson, a Certified Peer Specialist for the Office of Consumer and Family Affairs. “Behavioral health disorder is still rampant, and additional funding can help.”

Johnson was among many who testified before the D.C. Council’s Committee on Health and Human Services. Committee Chair and Ward 7 Council-member Yvette Alexander promised to follow-up on concerns regarding the implementation of such programs

Testimony was also given by nurses and employees from St. Elizabeth’s Hospital, many of whom claimed that they are being abused by their patients. 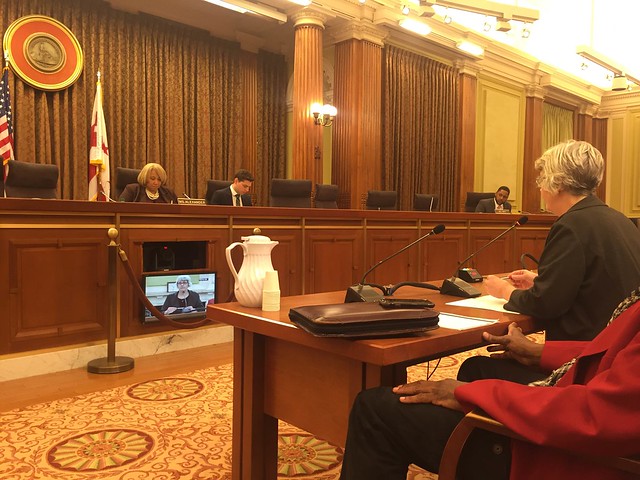 “I am disturbed by the fact that the city’s one public hospital is not observed with more scrutiny,” said Jeanette Pollard, a public witness.

Many nurses claimed that they have been beaten, threatened and verbally abused by patients. St. Elizabeth’s staff also cited issues with plumbing, electricity and other hospital maintenance.

“They have endured so much abuse in their unit, that it is a part of the daily routine,” said Wala Blegay, a Labor Specialist for the D.C. Nurse’s Association. “Why should these nurses fear their safety every single day?”

The nurses claim that they are mistreated in comparison to peers, namely doctors and psychiatrists at St. Elizabeth’s.

“Feel free to call me,” said Alexander, who was sympathetic and promised to follow up on these allegations. “I encourage other employees to let know what their concerns are as well.”

Some felt that their concerns have not been properly addressed.

“It is unfortunate that because of the color of our skin, we have to suffer so much pain,” said Sharif Shafi, president of Shafi Care. “There is no one to speak up for us.”