According to campaign organizers, the first week of demonstrations is designed to focus on the needs of women, children and people with disabilities living in poverty. “Our demands for change became even more urgent this month because President Trump is trying to cut $7 billion of funding from the Children’s Health Insurance Program, a move that could snatch health insurance away from 9 million children,” the group wrote in a May 13 email.

The campaign is calling for investments in housing and increased wages nationwide, claiming support in 30 states. 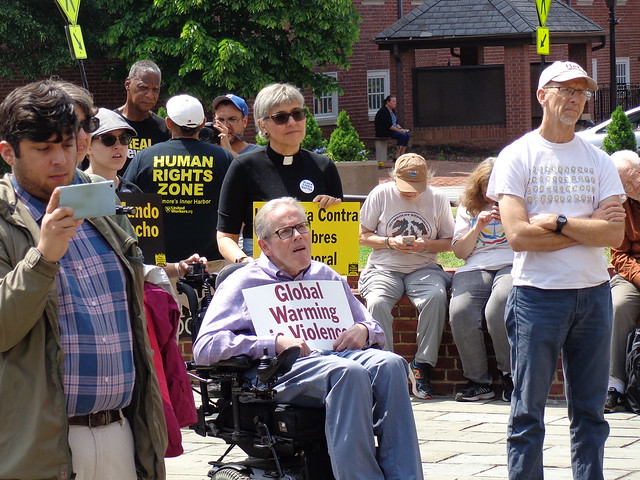 Attendees at the demonstration in Annapolis, Maryland. Photo by Henrieese Roberts

While a protest was held at the Capitol in the District, faith leaders, poor people and their supporters held demonstrations across  the country. One such act of civil disobedience occurred at the Maryland State House at Lawyer’s Mall, near my home in Annapolis, Maryland.

Rev. Annie Chambers spoke and her words were riveting.  Here are a few:

“I have been struggling for 60 years.  I am co-chair of National Welfare Rights. We have been out here a long time.  We were in the first Poor People’s  Campaign, and let me tell you how good my creator is, my God is.  He got me here for this one. 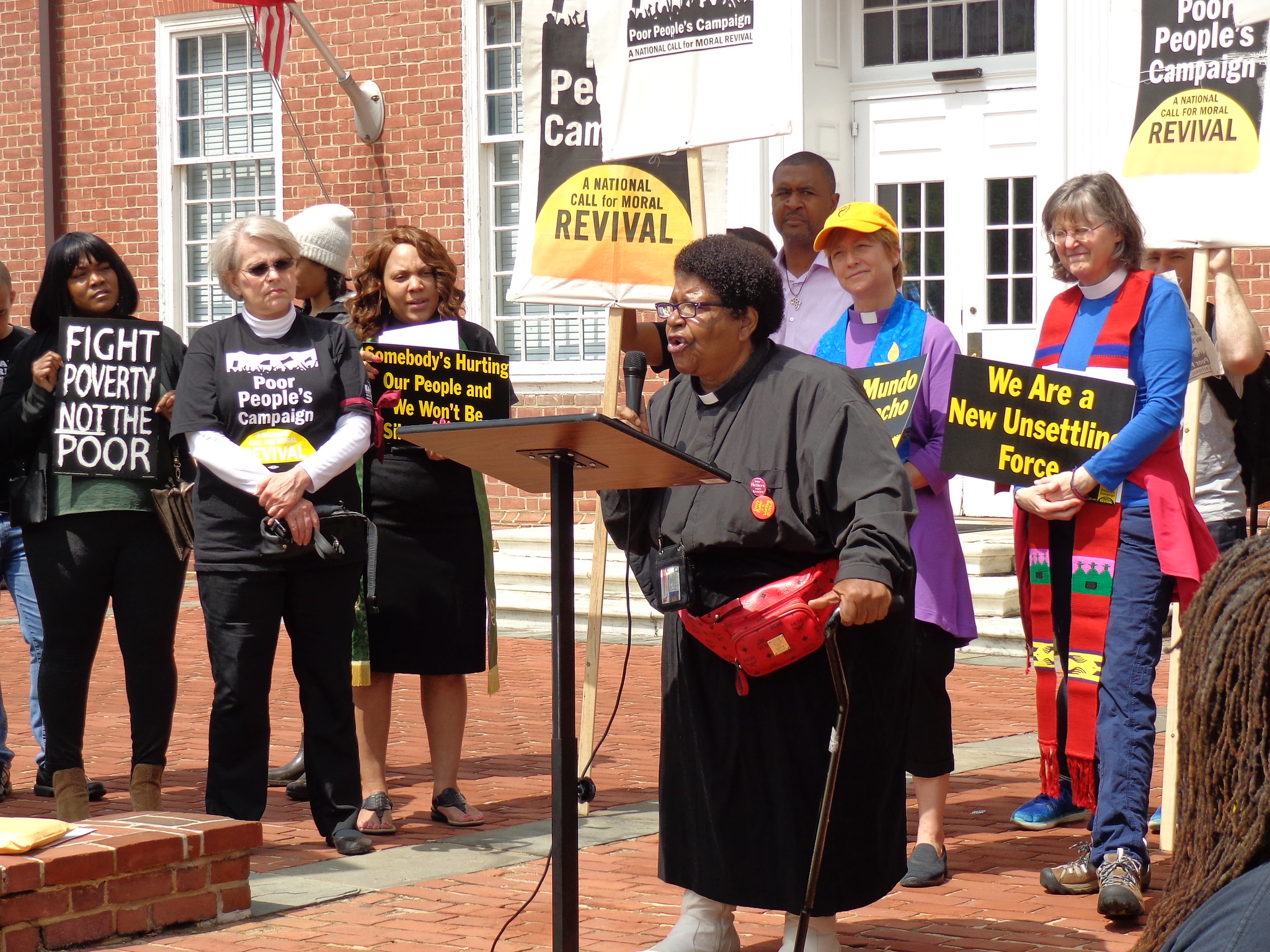 “This a nationwide Nonviolent Moral Fusion-sustained direct action movement.  We need you to help Maryland sustain over the 40 days.  Join us for our next Moral Monday Rally at Lawyer’s Mall, 100 State Circle at 2 p.m. on Monday, May 21st.  We will discuss Linking Systemic Racism and Poverty:  Voting Rights, Immigration, Xenophobia, Islamophobia, and the Mistreatment of Indigenous Communities.” 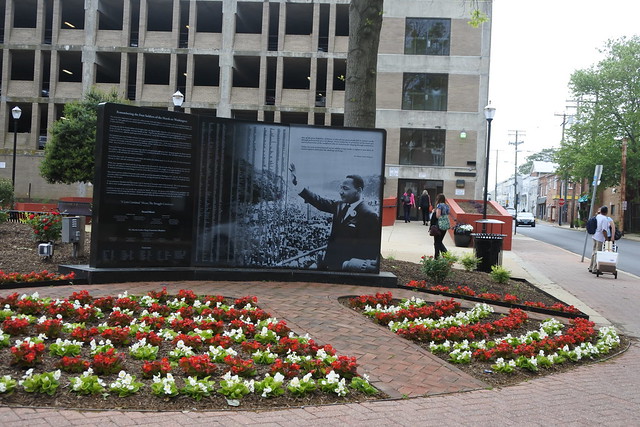 A memorial at Clay and Calvert streets, around the corner from Lawyer’s Mall, commemorating the “foot soldiers” that participated in the 1963 March on Washington. The location was chosen because it is where marchers boarded the bus to D.C. in ’63. It includes more than 500 names. Photo by Henrieese Roberts

Rev. Chambers and other participants were arrested. As planned, similar scenes played out nationwide.

The campaign organizers recapped the day with another email blast: “And then we followed the lead of the Rev. Dr. Martin Luther King, Jr.  Fifty years ago, [King] said that to get the attention of legislators, people should “sit down if necessary in the middle of the street and say, ‘We are here; we are poor; we don’t have any money; you have made us this way…and we’ve come to stay until you do something about it.’”