At a legislative meeting on July 10, advocates for the homeless community withdrew support for the “D.C. General Resident Relocation Emergency Act of 2018” after seeing significant changes had been made to the bill’s original draft.

Forty-six advocacy organizations and individuals previously signed a letter urging D.C. Council to pass the first draft. When Councilmembers Trayon White and Anita Bonds introduced the bill at the July 10 legislative meeting, advocates for the homeless community urged the Council to vote against it.

“We ask the Council to pass something real, or nothing at all,” the Washington Legal Clinic organization wrote on Twitter.

That evening, D.C. Council unanimously passed the new version of the bill.

Council Chair Phil Mendelson said he was sympathetic to the bill that was introduced initially, but nothing could be done because the legislation was not funded, and it caused a fiscal impact.

The day before the draft was expected to be introduced, Department of Human Services Director Laura Zeilinger expressed concern with these proposals.

“Concerned about [D.C. Council] emergency Legislation impeding our ability to help families move from shelter to housing, reverting back to prolonged shelter stays and reversing progress,” Zeilinger wrote on Twitter, stating family homelessness was down by 40 percent. The results of the most recent annual homeless census, conducted in January 2018, showed a 20.8 percent decrease in D.C. family homelessness over the past year and a 17 percent decrease between 2014 and 2018.

The first draft of the bill would have required the D.C. General family shelter to stay open until the new replacement short-term family facilities in Wards 4, 7, and 8 are open. It also stated that all abatement, demolition or deconstruction on the D.C. General campus must halt until all residents of the shelter have been relocated.

The new bill requires Mayor Muriel Bowser to report how many lead and asbestos samples were taken and whether the samples exceed the exposure limits set by the Environmental Protection Agency and Occupational Safety and Health Administration.

On July 23, the Washington Legal Clinic for the Homeless began soliciting signatures for an online petition to delay demolition, which the organization claimed will otherwise begin on Aug. 1.

Bowser’s administration has been determined to close the shelter in fall 2018. Despite changes to the mayor’s proposal by D.C. Council that allowed the city to own the new replacement facilities instead of leasing them, coupled with difficulties identifying locations for each of them due to pushback from residents in several wards — the mayor announced in January that new families would no longer be placed at D.C. General after April.

However, documents recently obtained by Washington City Paper revealed two of the three replacement shelters expected to be completed by the closure date have experienced significant construction delays. D.C. Council questioning the Washington Legal Clinic for the Homeless about delays and placement of families. Photo by Tatiana Brown

In response to the construction delays, D.C. Council held a roundtable on June 25 consisting of representatives from the Washington Legal Clinic for the Homeless, the Department of Human Services, and the Department of General Services.

When asked what changes would be made to the plan, officials insisted D.C. General will close as scheduled, despite the delays, and all families will have a place to go after its closing.

The representatives from the Washington Legal Clinic for the Homeless said no one except the few families with housing vouchers know where they will be placed when D.C. General is closed.

At the roundtable Amber Harding, an attorney with the Washington Legal Clinic, mentioned construction hours being extended to 1 a.m. six days a week because of the delays, leading to complaints from neighbors in both Wards 7 and 8.

Harding also said the Department of Human Services told her private bathrooms could not be built because of the construction delays. “But the architect said it could be done for every unit,” Harding told the council.

As Street Sense Media reported when the issue of private bathrooms was debated during planning stages in 2015, one reason given to not include them was the assumption families would not move out if the facilities were “too comfortable.”

At the June roundtable, Ward 3 Councilmember Mary Cheh asked why D.C. General could not be kept open longer until all concerns regarding the new facilities had been addressed. “We are introducing more people to more misery and disruption,” she said. “We should do this the right way the first time.”

However, some of the families that live at D.C General are eager to move to better conditions.

A 28-year-old who previously benefited from a permanent supporting housing program provided by Friendship Place in 2015, said, “Before I got pregnant I sought help but could not access any of my benefits from Friendship Place. Then, at 3 months pregnant, I returned to Virginia Williams.”

She said she was told that she could qualify for help only when she was 6 months pregnant.

“These are the rules,” the woman remembers being told. She arrived at D.C. General two months ago and is awaiting the birth of her new baby, due sometime in August.

She said D.C General is not an adequate place for a newborn baby, and described mold in the bathrooms and common areas.

Several residents told Street Sense Media they have known families whose case workers forced them into living situations they said are not safe for children or people with disabilities.

Six of the 10 residents interviewed by Street Sense Media said they were forced to spend their own money on apartment applications every month, knowing the applications were to places where they could not afford the rent or aren’t suitable for their families.

There are approximately 170 families still living in the D.C. General facility. 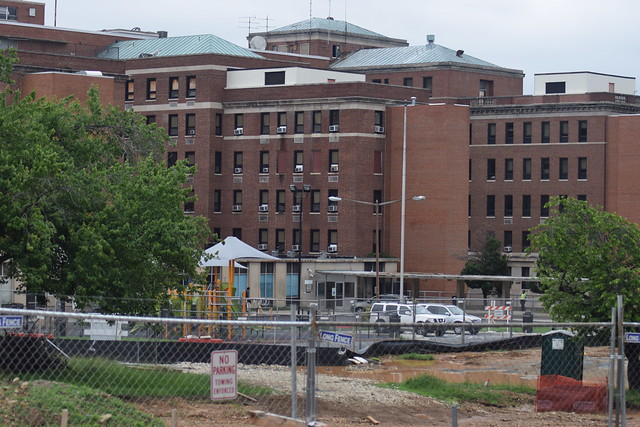 This article has been updated to include the July 23 petition created by the Washington Legal Clinic for the Homeless.