On Nov. 13, the District of Columbia opened the third of its new short-term family facilities, The Triumph, in Ward 8. It was preceded by The Kennedy in Ward 4 and The Horizon in Ward 7. Ribbon cutting ceremonies for each short-term facility were staggered over seven weeks, with families moving in shortly after each one.

Mayor Muriel Bowser ran for office in 2014 on a promise to close the outdated D.C. General family shelter. That February, a young girl whose family lived in the converted hospital, Relisha Rudd, was taken by a staff member. He soon killed his wife and himself, but Relisha was never found. The tragedy galvanized the community.

In 2015 the new mayor tasked her administration with developing a new strategic plan for ending homelessness, including an overhaul of shelter infrastructure and services, starting with D.C. General. And by May of 2016, the Bowser administration and the D.C. Council settled on a plan to replace the converted hospital with seven brand new family facilities, one in every city ward except Ward 2. Advocates and providers have been waiting three years to see what the finished products would yield. 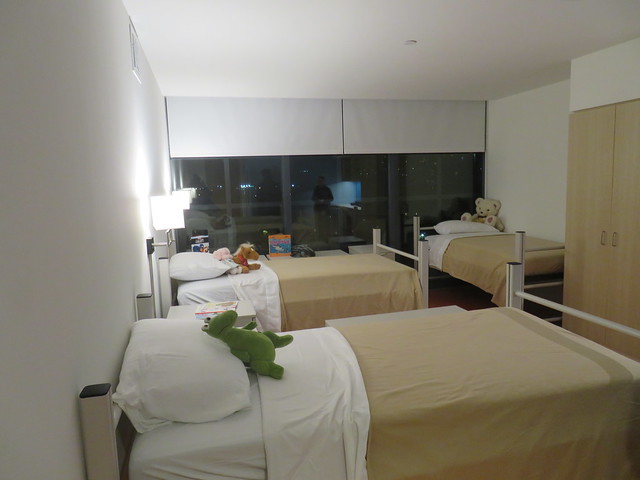 One of the bedrooms at The Triumph in Ward 8, awaiting a new family to move in. Photo by Reginald Black

The Triumph stands six floors tall with 50 units total and 3-4 beds per room. Each room has a dresser and most have their own bathroom area. Early plans to close D.C. General mandated communal bathrooms, a point of contention with advocates for the homeless community. The Triumph also has space to play outdoors, a study lounge and a computer lab.

Each new shelter is built to host wrap-around services on the premises to assist residents with income, housing and health care.

The first of the three shelters to open was The Kennedy. A large crowd gathered at 5th and Kennedy streets NW on Sept. 25 for their first look inside a new era of shelters. 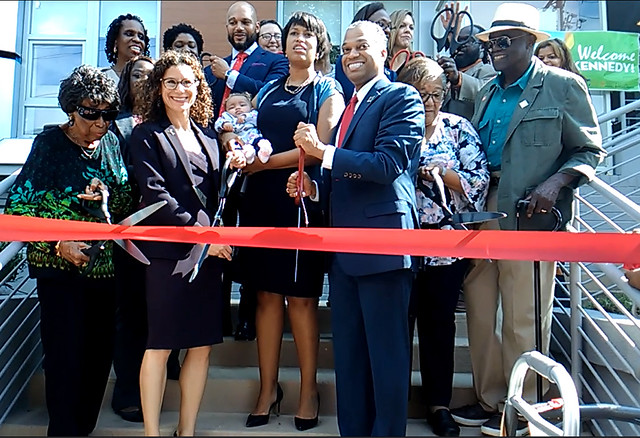 City officials celebrate the opening of “The Kennedy” in Ward 4, the first “short-term family housing facility” that opened to replace D.C. General. Photo by Reginald Black

During that event, Marketta Anderson described how she and her son were placed in D.C. General after their apartment flooded. She expected to move out of the shelter and into a new apartment very soon, and said, “It brings me great pride and honor to know that families will have a beautiful, well-constructed building to help them get back on their feet.”

Anderson, who was studying for a Microsoft certification, encouraged more families to take advantage of city services. “There are life skill programs all at no cost to D.C. residents,” she said.

The ribbon-cutting brought together many residents and officials who have a stake in ending family homelessness. Laura Zeilinger, director of the D.C. Department of Human Services, reflected on the aesthetics of the project and said this was the first opportunity to design a program around the needs of a family. 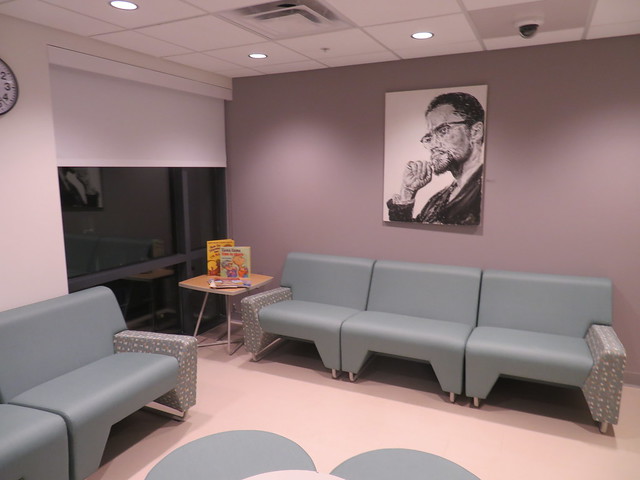 A common room at The Triumph family shelter in Ward 8. Photo by Reginald Black

“[D.C. General] didn’t say or feel like ‘we love you, we value you, this is a place you can feel safe and cared about in and where you can find what you need in yourself to provide for you and your family.’” Zeilinger said. “[The Kennedy] and all the others represent that.”

Ward 4 Councilmember Brandon Todd, a strong Bowser supporter, congratulated the mayor on her “political grit” to push forward with the replacement of D.C. General.

He said the shelter represented not only a brighter future for the families that will reside there, but a “revolution in the way we address homelessness in the world’s capital.” He thanked Ward 4 residents for supporting the shelter and caring about their neighbors.

The locations selected for new family facilities in Ward 1 and Ward 3 faced resistance from some residents in those areas. The future of the Ward 3 facility remained uncertain until October, when the D.C. Court of Appeals ruled a shelter would be built on a previously approved site on Idaho Avenue. 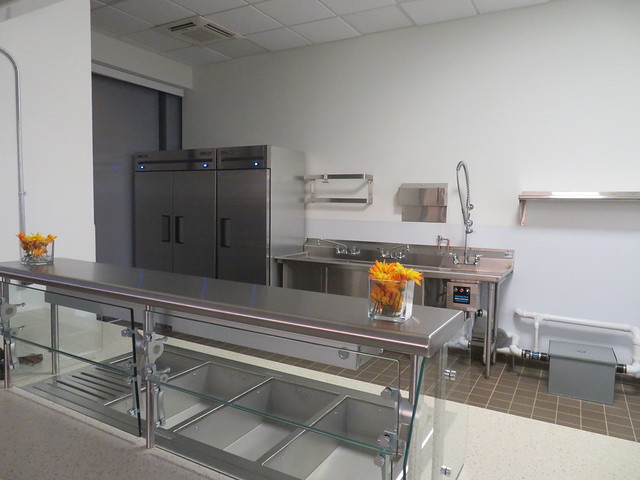 Kitchen facilities at The Triumph. Photo by Reginald Black

In addition to DHS, the D.C. Department of General Services was tasked with overseeing construction of the new short-term family facilities. Then-director Grier Gillis shared her excitement with the crowd gathered in the middle of 5th street.

“Make no mistake, this is truly a historic day for all of us. Today we are turning a chapter on how we care for another and how we support each other,” Gillis said. She went on to applaud the approximately 300 workers who were part of the project’s construction. Gillis became a member of the D.C. Public Service Commission after Mayor Bowser won re-election.

The ribbon-cutting also featured neighbors of the facility like Lisa Colbert, the chair of Advisory Neighborhood Commission 4D.

“Everybody needs a home and a safe place to live,” Colbert said. “We in Ward 4 are happy to do our part to contribute to an overall solution. Coming together is a beginning, staying together is progress, working together is success.” 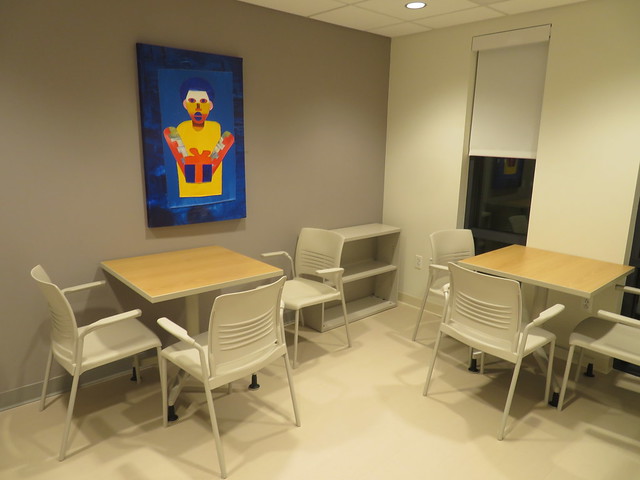 A common area at The Triumph in Ward 8. Photo by Reginald Black

Completion of The Kennedy and The Horizon mark a milestone in the final months of Bowser’s first term. To the crowd at the Ward 4 ribbon cutting, she emphasized the importance of second chances. “Many people that we know fall on hard times through no fault of their own,” Bowser said, pointing to the flood Marketta Anderson and her son experienced as an example. “And some people fall on hard times for other reasons. They are our friends, they are our neighbors. They are brothers, they are sisters. They are fellow Washingtonians,” she said.

Bowser praised the community for supporting her and echoed what others had said, that the D.C. General replacement plan was part of the larger effort of “reforming our homeless response from beginning to end.”

The other four short-term family facilities are expected to be completed in 2019 and 2020. “We all agree that homelessness is not just a one-ward issue, it requires an all-eight-ward strategy,” Bowser said.