In the fall, city officials predicted that 509 new families would enter the city shelter system over the winter months and planned ahead for ways to accommodate them.

But an unanticipated flood of men, women and children has since overwhelmed the system.

“We’ve made over 700 placements and we are only two-thirds through the season,” reported David Berns, director of the DC Department of Human Services (DHS) at a Feb. 3 city council committee hearing on the upsurge in family homelessness. “We’re at a new level of crisis.”

The city’s family shelter at the former DC General Hospital is maxed out with 285 families. On one recent night, an additional 469 families were being housed in motels. Most were in the District, but due to a shortage of rooms in the city, more than 100 families were placed over the border in Prince George’s County, Maryland. In addition, several city recreation centers were made available in case more families showed up.

On the night of Feb. 10, eight families were sheltered in city rec centers, according to DHS.

City officials and experts say they are not sure what is causing the influx of desperate families. They entered the system so quickly their needs have not yet been fully assessed.

Cuts to safety net programs, combined with the lingering effects of the recession and the scarcity of affordable housing, have made recent times particularly challenging for the poorest of the poor.
Last fall, food stamp payments to nearly all beneficiaries nationwide were reduced when a federal stimulus to the program expired.

In addition, last October, some of the District’s poorest families saw their welfare payments cut. Temporary Assistance for Needy Families (TANF) monthly payments to households receiving benefits for more than 60 months were reduced from $342 to $257 for a family of three.

Berns acknowledged the TANF cuts have been difficult. They are part of a larger effort to move families off welfare and into work, “to give an alternative that is better than the 40 percent of poverty they were getting before the cuts,” he said.

All the same, such payments represent “something to contribute to the household if you were doubled up,” noted Kate Coventry, a policy analyst for the DC Fiscal Policy Institute.

Many households on the city’s TANF rolls are sharing apartments with relatives or friends. As many as 6000 of the city’s welfare families may be doubled up at any given time, said Sakina Thompson, a senior DHS official. They are living very close to the brink of homelessness.

The city’s welfare-to-work initiative is aimed at helping beneficiaries get the training and skills needed to find jobs and move toward self-sufficiency. But as they work toward those goals, they face steep odds in finding housing they can afford, advocates say.

“In the last decade, we’ve lost half of our affordable housing,” said Marta Beresin of the Washington Legal Clinic for the Homeless.

The affordable housing waiting list maintained by the District of Columbia Housing Authority is currently closed, with approximately 71,000 names. While DC Mayor Vincent Gray has committed $187 million to build and preserve more than 3,100 units of low-cost housing, the units are not yet available (see story page 6).

At least some of the families seeking homeless services this winter may see the shelter system as the best route to a rental subsidy or some other kind of housing help, some officials say.
“To me it seems that shelter is seen as the doorway to getting longer term housing resources,” said Thompson.

The city is legally required to shelter the homeless in freezing winter weather. But particularly for families, shelters and motels are an expensive and imperfect solution, said Berns. It costs the city $50,000 a year to keep a family in a shelter or motel.

Berns acknowledged that conditions at DC General Hospital, the city’s shelter for families, are steadily deteriorating. The huge building is crumbling.

“All we are doing is propping it up,” he said. “It’s on life support.”

Several shelter residents came to the Feb. 3 hearing to raise concerns about shortages of hot water, heat and sanitation at the facility.

“We did receive a room, by God’s grace. We are grateful,” said Mbalaminwe Mwimanzi, who appeared at the hearing with his family. “We sleep in shifts to make sure the roaches do not get on my five month-old son.” 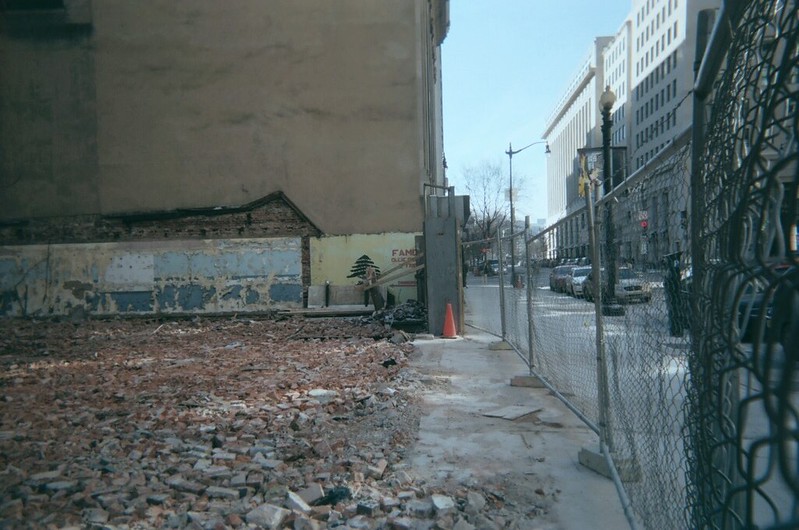