A public forum on the Downtown D.C. Public Restroom Initiative sponsored by Ward 1 Councilmember Nadeau was held on March 20 by the People for Fairness Coalition. PFFC has been advocating for free, 24/7 public restrooms in the District for the past three years.

Councilmember Nadeau and her staff are currently revising the bill she introduced this past January along with Councilmembers Grosso, Silverman, R. White, Allen and Bonds. Initially, the bill asked for a task force to study how and where D.C. could install public restrooms.

In the coming weeks, Nadeau will introduce a revised version that definitively calls for public restrooms and sets up the task force committee to work closely with communities in order to plan specific installation sites.

The forum featured Greg Madden, the founder and engineer behind the Portland Loo, flush toilet public restrooms especially designed for cities to easily install and maintain.

Madden spoke of the Portland Loo’s success in 20 U.S. cities and three other countries so far due to efficient engineering and carefully planned locations working together to make for cost-effective, durable, safe, clean and accessible public restrooms. 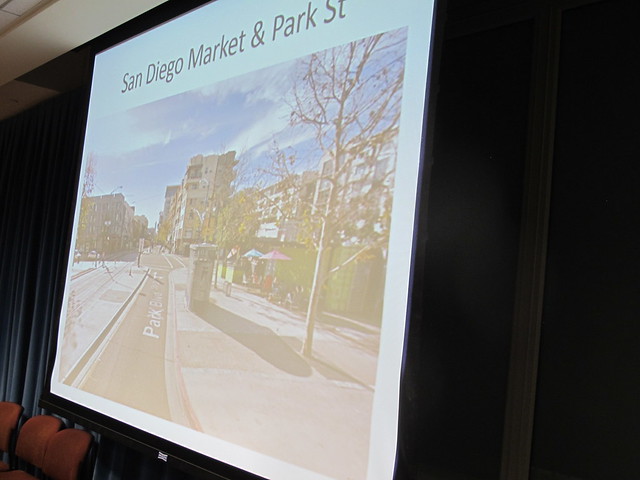 Testimonies were given by PFFC members and supporters including Leonard Greenberger, Partner at Potomac Communications Group, and Tim Krepp who wrote in the Washington City Paper about people urinating in his back alley due to the lack of any nearby public restrooms.

The public followed up with questions about restroom maintenance, access fees, handicapped accessibility and obstacles with the U.S. Department of the Interior and National Park Service.

Madden responded that the restrooms meet ADA requirements and are designed to be made “as easy as possible to be implemented and sustained.” All cleaning supplies are kept in a back compartment of the Loo, and all components are easily repairable and replaceable. Cities can opt for extra features such as a baby changing table, water fountain and hand-washing station.

While a micropayment system could be engineered and installed, no city so far has opted to introduce any payment system in order to access the restrooms, according to Madden.

Members of the forum looked forward to working with the National Park Service despite claims of the agency’s resistance to public restroom installations on its property.

Krepp pointed to how Capital Bikeshare was initially rejected by the National Park Service before the federal agency approved the now widely accepted bicycle sharing program. A real example of a Portland Loo on a street.  Courtesy of Madden Fabrication