Community of Hope, a D.C. nonprofit devoted to serving the homeless, has reopened the Marie Reed Health Center in Adams Morgan after almost two years of renovations. The changes include a redesigned interior and exterior and an expanded capacity to see patients. Fifty patients visited the clinic April 9, its first day open to the public.

The redesign will give the center the capacity to serve 1,400 patients per month, up from the 1,000 it was previously seeing. Marie Reed Health Center has also switched to an “open access” approach, meaning that it tries to schedule appointments within five days of being requested. 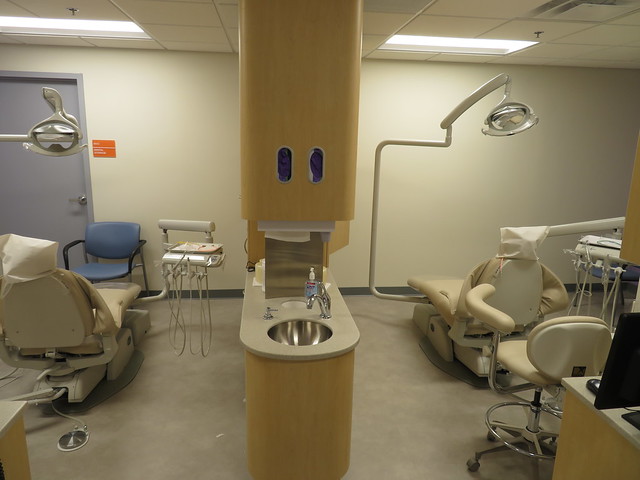 The enlarged dental facility has grown from two to five patient chairs. Photo by Ken Martin

The Marie Reed Health Center is one of several clinics to respond to the urgent need for health care among immigrant and other communities in and around Adams Morgan. “Even with gentrification going on, we focus on people making 200 percent or less of the poverty line—a lot of people on Medicaid or uninsured,” said Kelly Sweeney McShane, the Community of Hope president and CEO. She added that the clinic now accepts private health insurance to offset these costs. The clinic also receives a grant from the D.C. Department of Human Services to be the designated agent for providing health screenings for refugees and asylum seekers.

According to McShane, the new medical technology, natural lighting and cheerful paint job are a major improvement over the cramped and dim clinic where malfunctioning heating and air-conditioning often caused the clinic to close during the summer. 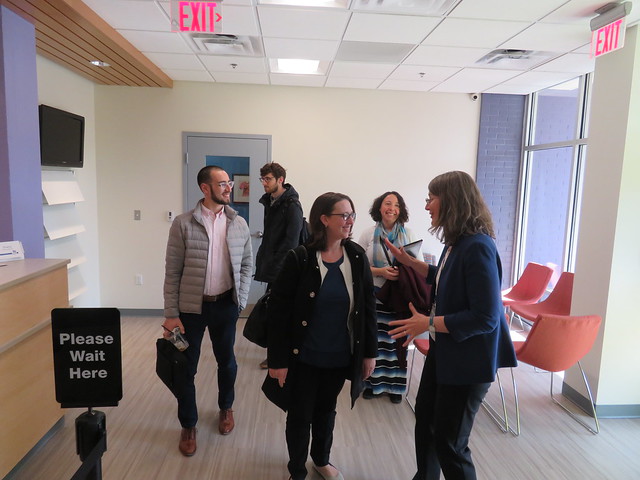 The clinic is in a building of the Marie Reed Learning Center, which was scheduled for renovation in 2016. At that time, no funding was allocated to renovate the clinic. McShane said that without the funding since, the clinic would have been forced to close.

[Read more: Bowser was unsure if she’d include funds for Marie Reed Health Center in her FY2016 budget]

Ward 1 Councilmember Brianne Nadeau’s support on the D.C. Council was important for finding money to keep the clinic open. She said that the clinic’s renovation needed much less funding than the school’s, but seemingly no one had thought to provide for that funding. Nadeau added that as a result of her office’s “deep involvement” in every step of the process, she was able to guarantee that the clinic would receive funding.

Nadeau and McShane shared a moment of gratitude during a tour of the new facility April 13. “For me it was really special that you came to me and said, ‘We have this need in the community, we see the moving vehicle, can you help?'” Nadeau told McShane. “The fact that you raised the alarm allowed us to start those conversations … and then were able to secure the funding for you, which I was so excited about.” 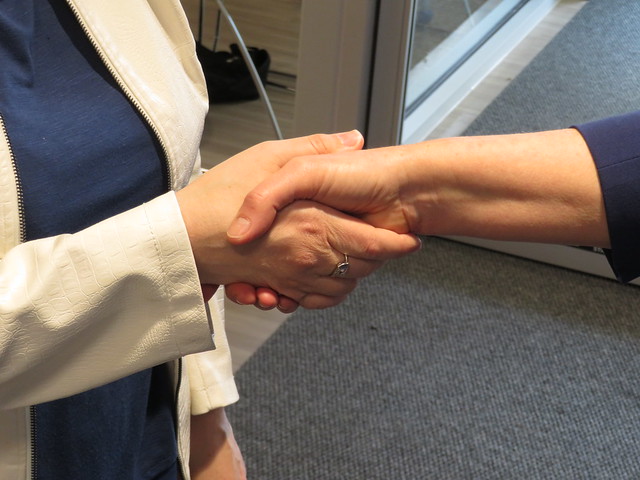 “I’ve seen many a doctor over the years,” said Ken Martin, a patient of the health center and a Street Sense Media vendor. “The doctors here are first-class.” 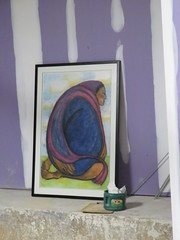 A painting that predates the renovations awaits a new spot at Marie Reed. It sits in a portion of the Marie Reed Learning Center that is being reallocated to the Health Center. Photo by Ken Martin

The clinic, which raised $500,000 for new equipment, now has a new exam room, two new dental chairs and two rooms for behavioral health, according to McShane. She said dental work is one of the most sought-after services the clinic provides. Nadeau and McShane also said that the clinic offers specialized resources to serve the immigrant and asylee communities in Ward 1. Community of Hope employs a full-time coordinator who speaks Amharic to educate asylees on the American health-care system, McShane said, and the clinic has expanded its behavioral health services to respond to psychological trauma that many refugees and immigrants have suffered.

“Many patients have been chomping at the bit for [Community of Hope] to get back over here, because we really do not like going all the way over to Conway,” said Martin, who found housing in Ward 1 during its absence. The Conway Health and Resource Center, a clinic run by Community of Hope, remained open in Ward 8 while the Marie Reed center was closed for renovations.

The funding for the renovations came at an ideal time for Community of Hope, which is seeing an increase in demand for its services. McShane said that it had a 22 percent increase in patients in 2017, even with the Marie Reed Health Center closed during that time period. 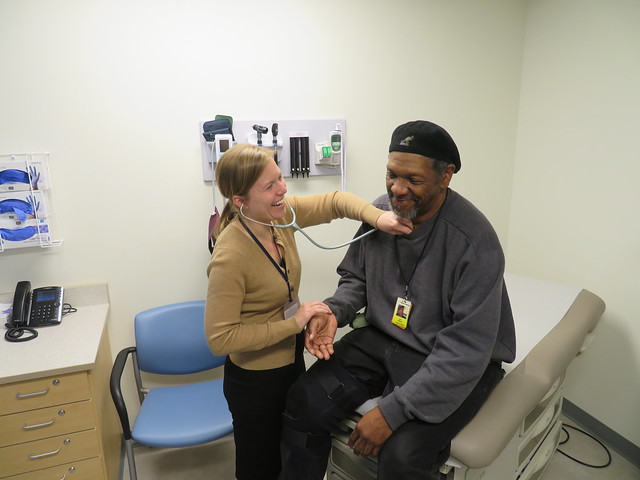