The mere idea of allowing refugees into the U.S. has been a polarizing topic around the country. But for some local good Samaritans, literally hosting refugees in their home is common sense.

That’s why social entrepreneur Amr Arafa founded EmergencyBnB in November 2015. His twist on Airbnb aims to help vulnerable societal segments — such as refugees and domestic violence victims — to find temporary homes offered by their neighbors. Arafa currently hosts people in crisis in his D.C. apartment for free.

“We started with refugees and domestic violence victims due to the exigent nature of their need,” Arafa said in an interview. “Statistically, 57 percent of homeless women report that domestic violence was the immediate cause of their homelessness. While governments take serious steps to address these issues, it is time that society considered more creative and even more efficient solutions.”

Arafa gave the example that while the government can provide shelters for domestic victims, the reality is that it takes several months for a homeless family to secure housing. With EmergencyBnB and a willing host, it is possible that a family could have housing until they’re back on their feet. “It is time that the sharing economy is considered as a means of helping others and not just as an economic opportunity,” he said.

A Harvard University graduate, Arafa’s resume is decorated. He has worked for big names such as the International Monetary Fund, IBM and Fannie Mae. But his sense of stability did not come until he received his green card in July of 2015.

“While working on the website, I figured I could list my apartment on other existing popular portals, like Airbnb, until my website becomes known,” he said. “It offered me a way of conducting market research and experience hosting first hand so that I could design a more tailored user experience on EmergencyBnB.” 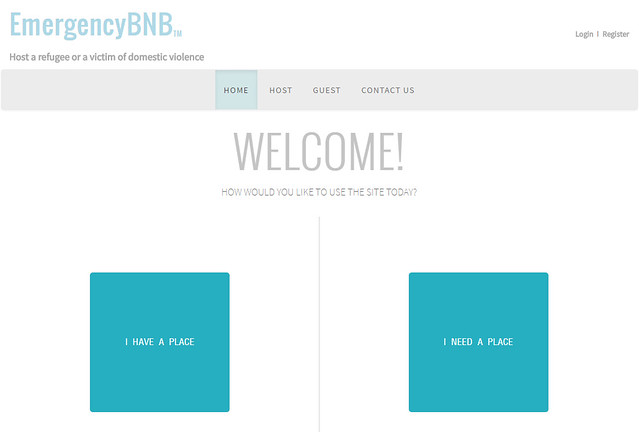 Arafa is well aware that he launched EmergencyBnB as his country’s Republican presidential nominee, Donald Trump, spews anti-refugee messaging throughout his campaign and has called for a ban on Muslim refugees.

“EmergencyBnB is not a political statement,” Arafa said. “Helping others who are in need is a societal function and a basic human instinct that has unfortunately been lost in the midst of political agendas and self-serving interests.”

According to him, it is no coincidence that EmergencyBnB was founded in a country whose monumental statue bears the inscription “Give me your tired, your poor, Your huddled masses yearning to breathe free, The wretched refuse of your teeming shore. Send these, the homeless, tempest-tossed to me, I lift my lamp beside the golden door!”

Seventy-thousand refugees are legally admitted to the U.S. every year. “As a non-citizen, I have no power to promote pro-refugee through voting. I, however, know that those people need to feel welcomed in the land of my permanent residency.”

At the same time, 4,774,000 million women in the U.S. have been subjected to physical violence by an intimate partner annually.

“Some of them are at the verge of being homeless,” Arafa said. “It is time that we paid attention. It is time that we offered a hand. We are capable of helping. My apartment is a small studio apartment, yet I managed to host two refugees and two domestic violence victims within a few months. So many other people can too.”

One success story that stood out to Arafa came after encountering an abuse victim in her early 30’s, who had found herself on the streets. The victim had sent non-stop distress messages, to which he quickly scrambled ready his apartment for her stay.

“She came with several bags as if she’d completely evicted her place to flee domestic violence. We had a quick discussion to calm her down,” he recalled.

After three days, the survivor checked out of Arafa’s apartment after having been offered a job.

“Just like a fairy tale,” he said. “Three days can truly be transformational to someone who is in this position. What mattered is not that she found a place to sleep. What mattered is that it was offered by a stranger who cared. That she felt cared for. You don’t get that in a shelter, or some government-run program.”

That’s when it hit him. This woman, who held a law degree, exemplified how nobody is immune to being in a homeless situation.

For Arafa, the biggest learning experience he’s had through this is that “giving can be a form of therapy.” 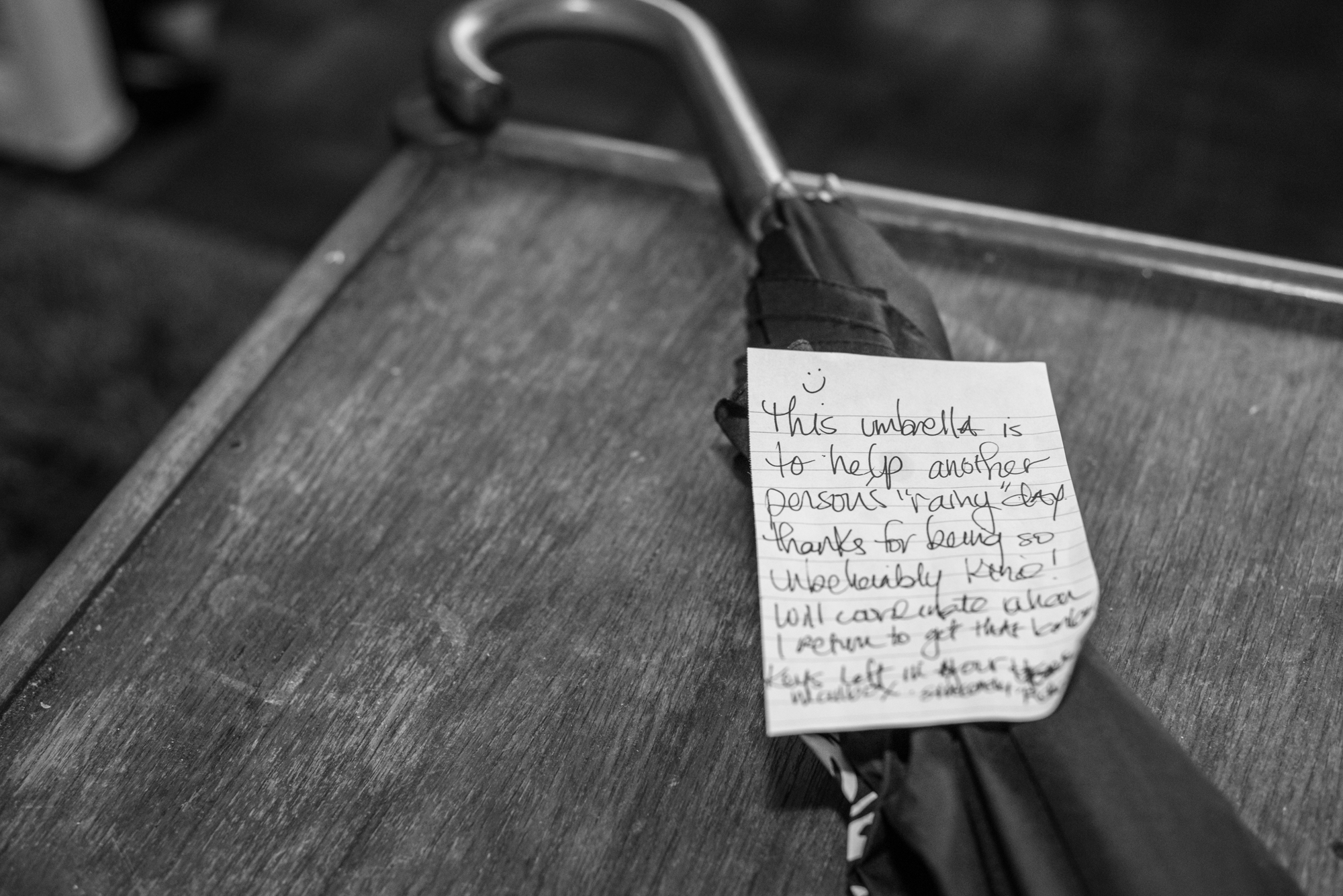 Thank you note left for Arafa by a family he recently hosted. | Photo by Benjamin Burgess

He encourages fellow Samaritans to help others through his site. Anybody can list a room, apartment, etc. on EmergencyBnB.com, where people in crisis can also request to book a place to stay.

“When people realize that they are still capable of giving, they will experience an elevated sense of well-being and improved overall mood,” Arafa said. “It is a gift to hosts as much as it is to guests. I encourage everyone to try it at least once.”