On Feb. 8, a representative from the Office of the Deputy Mayor for Health and Human Services and a crew of public works employees visited an encampment of homeless people at E and 21st streets Northwest. Unlike with the repeated shutdowns of the encampment that Street Sense Media covered in November, there was no police presence and no one was forced to give up their tents or leave the area. The purpose of this “cleanup” was to collect and dispose of trash, such as broken bottles and dirty clothes, to promote public health and to keep rats away.

Camp residents were asked to identify what was trash to be disposed of. One person living there said the city’s efforts were needed and welcome because a few neighbors in the camp were struggling with hoarding.

“Clean. It needs to be kept clean,” said another camp resident. “You see some tents throughout the city that are on the sidewalks, but you don’t realize they are there after a while because it is kept so clean. 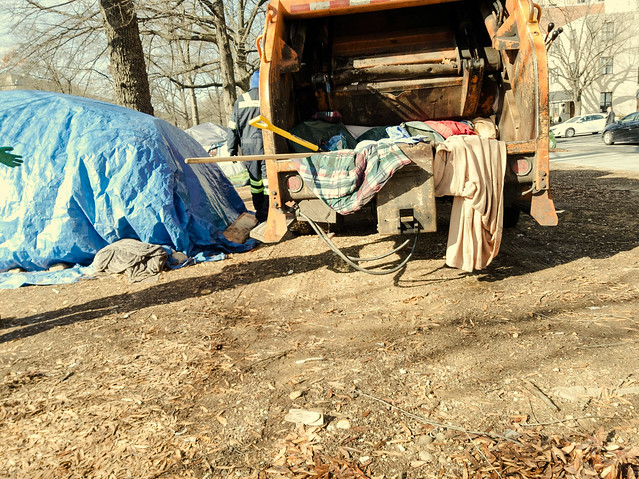