Ward 5 residents shuffled into New Canaan Baptist Church on February 11 to hear details about the proposed location and amenities of yet another shelter in their community. Construction of this new shelter is a part of Mayor Bowser’s plan to close D.C. General by building small replacement facilities in each Ward to house the current residents of the District’s largest family shelter. Rashad Young, the District’s recently appointed City Administrator, led the presentation and took questions during the open floor.

Residents were unimpressed with the new shelter’s 25th Place NE location, claiming its proximity to several nightclubs, a bus depot and a trash management facility made it possibly the worst place in Ward 5 to house families.

“You’re putting children in an area that’s going to cause them health problems,” said a resident of the Langdon neighborhood, where the shelter would be built. She works in a nearby school and regularly teaches homeless children, whose weak immune systems—she claimed—would be further compromised in the proposed shelter location.

The neighborhood was largely opposed to hosting another homeless shelter in a ward already home to multiple. Several residents contended that they weren’t opposed to a shelter in their ward, only to the specific location the Bowser administration had identified without community input. One resident claimed Bowser could have had a small army of community members helping to identify the best location, had they been given the opportunity.

The mayor arrived an hour into the meeting, checking-in as she had at every other community meeting happening simultaneously around the city. Her presence did nothing to soothe the room, as all of the burning questions and critiques shifted from Young to her. Multiple residents pointed out a statement Bowser made as council member for Ward 4 in 2010: “How could a government agency ask people in a two-block radius to support three homeless shelters?” she had said. If the proposed facility is constructed, the Langdon neighborhood would contain four sheltering facilities within just a few blocks of each other, the others being the Days Inn and Quality Inn—both of which shelter families that won’t fit into D.C. General— and the men’s shelter at Adams Place NE.

The land for the proposed Ward 5 site at 2266 25th Place Northeast is tied to Douglas Jemal and located in an area Douglas Development Corporation describes as “ideally suited for industrial and commercial uses” on its website.

Similar criticism was received at the other seven ward meetings. Residents across the city called the mayor out on her lack of community involvement in the planning process and her refusal, at this stage, to consider other locations to build the shelters.

Bowser gave the D.C. Council a public introduction to the plan during a Mayor-Council Breakfast meeting two days prior.

Washington D.C. has struggled with homelessness for years, and has a legal obligation to shelter families. Of the roughly 7000 homeless individuals in the city, there are more than 200 families in D.C. General and 500 more housed in ostensibly temporary hotel rooms.

“Many more are just a [missed] paycheck away from being on the street,” said Laura Zeilinger , the director of D.C.’s Department of Human Services (DHS), at the meeting. This number has increased 40 percent since 2010.

D.C. General, a former hospital, has been used by the city as a homeless shelter since the early 2000s. It is notorious among District residents as being dirty, dangerous, and unsustainable. Community members and local government alike share a desire to close the massive structure and replace it with smaller, safer facilities. “It’s costly, it’s ineffective,” said Zeilinger, who has been leading an overhaul of the city’s shelter system. “This is not what our homelessness system should be looking like.”

Zeilinger and Bowser’s administration hope to close D.C. General and replace it with smaller, short-term shelters by 2018. Each ward will gain a new shelter, with the exception of Ward 2, where a 213-bed women’s shelter is expected to begin operation in March. All of the replacement shelters are expected to come with several programs to help temporary residents gain permanent housing and employment. “We know homelessness is a solvable problem,” Zeilinger said. 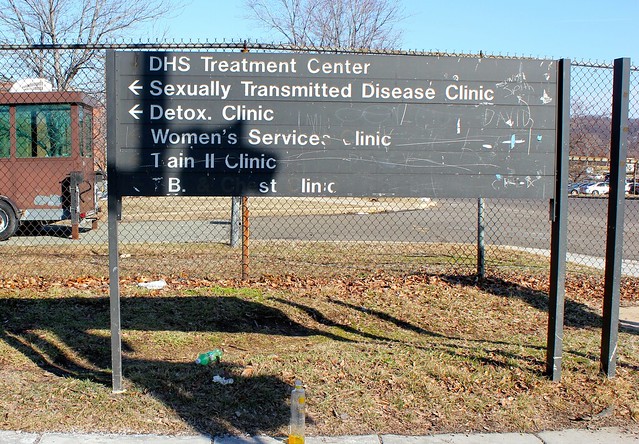 She emphasized that the new shelters will offer “small, dignified, service-enriched, residential housing” to their clients. On-site case management and housing consultation, along with 24-hour staffing and security, are part of this push toward more service-oriented housing.

The Bowser administration also publicly released the proposed addresses of the shelters for the first time during the meeting.

After the presentation, Chairman Phil Mendelson allowed questions and comments from the council. Many expressed their gratitude toward Bowser and Zeilinger. “This is the most hopeful I have ever been about how we are dealing with the temporary homeless,” affirmed Ward 3 Representative Mary Cheh.

Representative Kenyan McDuffie was the only member to voice strong doubts about the location of the shelter in his ward. “There are strip clubs, night clubs…a number of challenges I hope you’re all aware of,” he said, naming a few of the same concerns that Ward 5 residents would mention at the Thursday community meeting.

Yvette Alexander, representative of Ward 7, commended the council for distributing shelters throughout the city, but also stressed that “case management is going to be the key.” She voiced further concerns about locations later at the February 23 D.C. Committee on Health and Human Services Performance Oversight Hearing. She noted that, despite the claim that all shelters would have easy access to transportation, some are being built in “deserted areas.”

Alexander also asked Deputy Mayor of Health and Human Services Brenda Donald to comment on the process behind the Bowser Administration’s search for suitable shelter sites, and the lack of community involvement.

“Site selection was an extremely thoughtful process,” Donald said. She said that while she believed that the administration had been clear and transparent, the information came as a delay to District residents because “the Mayor wanted the [sites] to come together as one complete package.”

A full list of considered sites was released the same day as the Performance Review.

“We wanted every ward, every community to be a part of [the process],” said Jenna Cevasco, a senior policy advisor for the Deputy Mayor for Health and Human Services. According to Cevasco, one of the main requirements was that the new sites be small, about 30,000 square feet each. “This is really important for us because we want it to be different from D.C. General,” she said. She also listed access to public transportation as one of the deciding criteria.

Unfortunately, not all of the chosen sites meet these requirements. Women at the Ward 2 shelter will have safe, easy routes to a number of grocery stores, schools, and modes of transportation. Those in Ward 5, as described above, will not. The poor environment of several of the proposed shelter sites gave rise to suspicion that there may have been issues other than community approval and neighborhood safety that went into the search for locations.

Community members are not the only ones feeling left out of the planning process. Some currently homeless D.C. residents feel that they have also been excluded from the mayor’s plan.

“If you’re going to make new shelters, listen to the ideas and concerns of current [shelter] residents,” a D.C. General resident who spoke under the condition of anonymity, told Street Sense. She was unconvinced that District officials had any of [shelter residents’] opinions in mind. “The mayor has not taken many people into consideration. At least make it clear [that] you want our input. If you don’t want to come to us [yourself], send someone else! The government looks at D.C. General residents and thinks: ‘You guys will take anything.’”

Many D.C. General residents were aware of the Mayor’s multi-shelter plan, but had not received any information in terms of locations for the new sites.

A clean and safe shelter is important. D.C. General residents know better than most people how devastating it can be to live in a place that feels dangerous and unwelcoming. “Everything—experiences, feelings, emotions—is wrapped up in being somewhere you don’t want to be,” said the resident.

Community complaints have not gone unheard. D.C. Council Chairman Phil Mendelson’s office confirmed that a council hearing has been set for 10:30 a.m. on Thursday, March 17, to discuss the D.C. General replacement plan.

Reginald Black contributed to this report.