On June 16, Samaritan Inns held the ribbon-cutting ceremony for the Clark Inn, named to honor the late A. James Clark. The Chairman and CEO of the Clark Construction Group had worked with Samaritan Inns for over twenty-five years. The Inn, located at 1422 Harvard Street NW, will house up to 12 women who are receiving substance abuse treatment. In addition, the Inn will house up to 16 children.

The program will provide treatment to mothers for six months while meeting the needs of their children.  The treatment will be held on-site during the day for mothers, while school-age children will be sent to local schools. Younger children will be taken care of in the restored Carriage house behind the Inn, which functions as a daycare facility. At the Clark Inn, both mothers and children receive therapy. In addition children ages 6-10 are taught drug prevention.c

“Substance abuse affects the whole family, so treatment needs to involve the whole family as well,” Karen Fletcher, Clinical Director of the Women with Children Program at Samaritan Inn, said in an interview with Street Sense.

Samaritan Inns has provided various programs that aid people experiencing homelessness and those who suffer from substance abuse in the District for the past 25 years. Christine Johnson, who is on the Samaritan Inns Board of Directors, said Clark Inn is the only facility of its kind in the District. No other facility in the city houses mothers and their children while mothers receive treatment.

Half of the District’s one thousand homeless families are headed by addicted mothers, according to Samaritan Inns. Instead of children being sent to foster care or to live with relatives, mothers and children remain together in the main building of this new facility. After the completion of the six-month program, the women and children will move to transitional housing or into affordable housing with outpatient care.

“The ultimate goal is not to bring children into foster care while their mothers receive treatment, but to provide the support to keep families together,” Donald said. 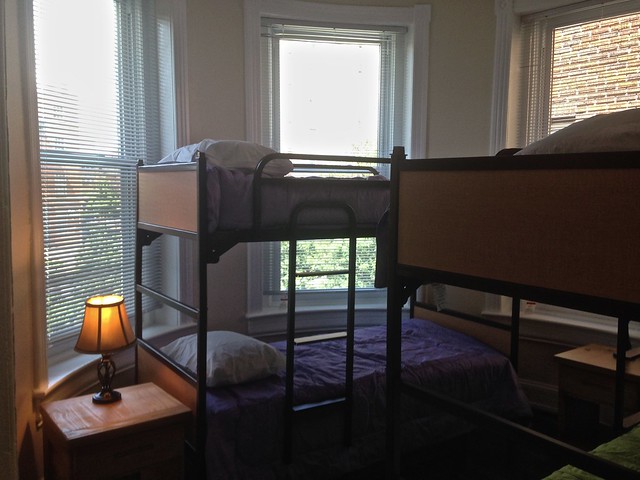