The District orchestrated another homeless encampment shut down on Thursday morning, April 14. A handful of men had taken shelter beneath an onramp in Foggy Bottom — adjacent to the now fenced-off site of the infamous “Camp Watergate,” which was evicted in November.

The number of people residing in the camp has fluctuated throughout the last few weeks, but only a handful of them were present during Thursday’s eviction. Residents who were around at the time of the cleanup were able to claim some of their belongings, such as Balla Kamara, who fit everything that he possibly could into a shopping cart. 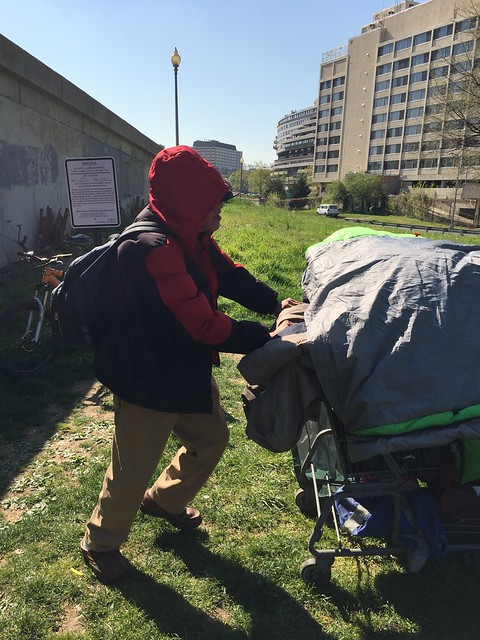 “I’ll find another place,” said Kamara, who has been on a waiting list for housing for over five years. “It’s frustrating, just really frustrating, living from one place to another, sleeping outside.”

Others were less fortunate, as any unclaimed belongings were hurled into trash trucks, and no stray items were labeled or stored. Lifesaving items such as tents, blankets and clothing were thrown away. So were a bed frame, pillows and other objects.

Another day, another encampment closure in Foggy Bottom as more essential items are tossed away @streetsensedc pic.twitter.com/Mo9egbO8eY

“People’s whole lives are just being thrown away,” said Robert Moon, another camp resident. “It really shows how the government really doesn’t care.”

Moon said that the signs posted in the area forewarning the cleanup were misleading — causing some encampment residents to think that the closure was supposed to take place several days later — not giving them a chance to secure their property. 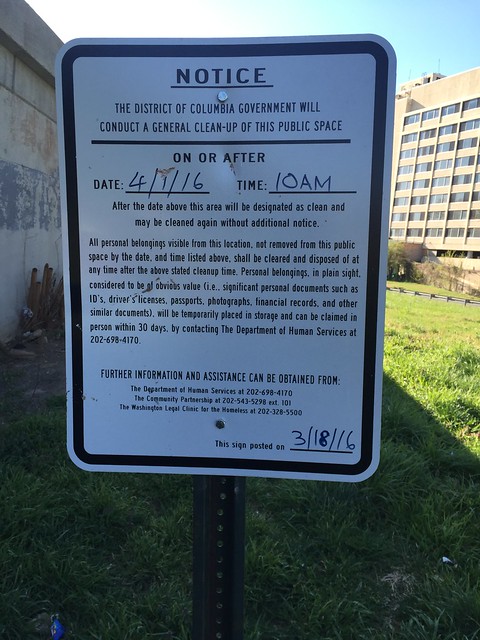 “That’s why they’re not here,” Moon said referring to other residents that had left their belongings at the site. “A lot of them are out here working and hustling so that they can eat.”

The ordeal took over an hour and a half to complete and was coordinated by the office of Deputy Mayor for Health and Human Services Brenda Donald. Representatives from the Department of Human Services, Department of Public Works and the Metropolitan Police Department assisted in the cleanup efforts. District outreach workers attempted to connect the few residents on site to services and escort them to a shelter. 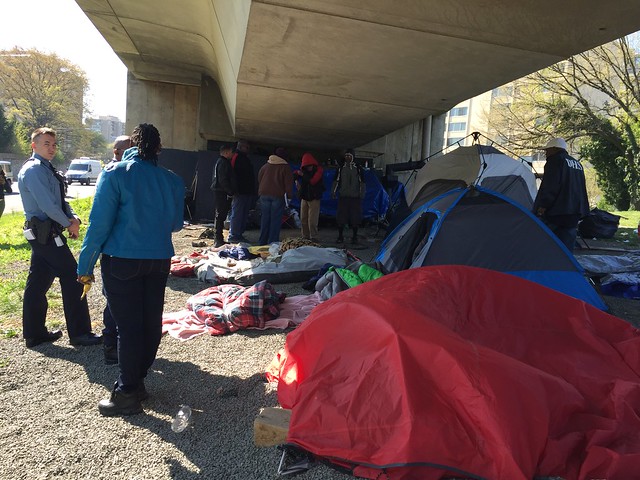 Tonoi Delrahim, who has lived under the Foggy Bottom onramp for one year, had heard rumors that the camp was going to be shut down. Though he does not know where he will go, Delrahim refuses shelter due to their poor conditions. 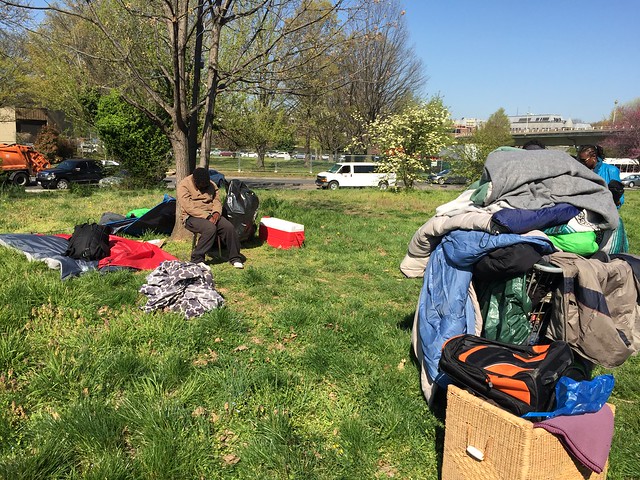 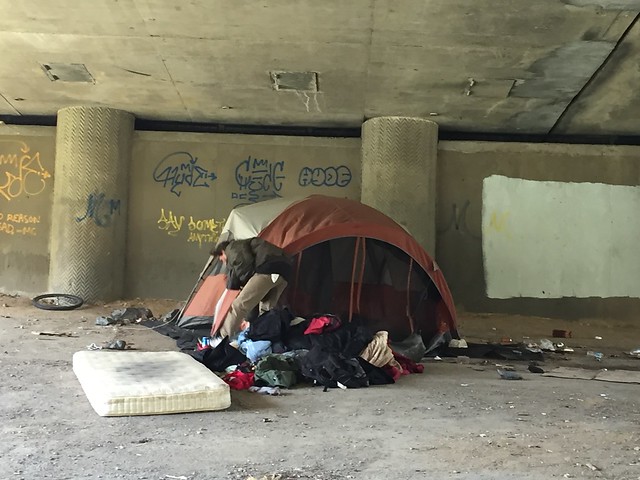 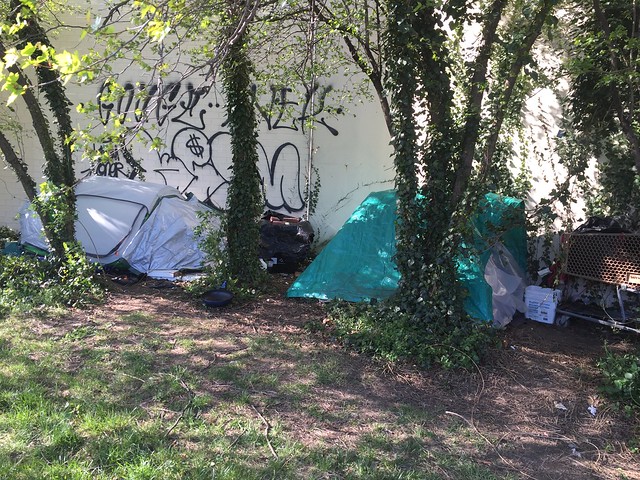