Indie Bands With a Mission started with a healthy dose of youthful idealism – and a cookbook.

Clarissa Villondo and Maria Deloso first took on the challenge of feeding the hungry back in 2009 when they were still in high school.

The books sold for $10 each. All proceeds were donated to local food banks.

Then, in 2010, Villondo and Deloso decided to hold a concert to draw more attention to their project.

They have been organizing donation-only shows to benefit nonprofits that address hunger and homelessness in the District ever since. 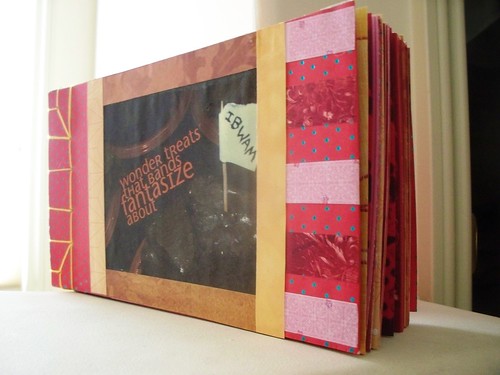 A recent concert to benefit an after-school program for homeless teens was their ninth and latest effort.

On the night of March 1, fans packed an Arlington record shop, the CD Cellar, to hear three local folk bands: the Boundary Stones, Will Wrigley, and Oust. There was a lot of energy in the grassroots atmosphere.

“We realized we really do like the more DIY (do it yourself) venues. DIY and DIT (do it together),” Villondo explained.

A repurposed streetlamp lit the performers at the front of the crowded shop. A banjo, accordion, harmonica, trumpet, xylophone and mandolin all lent their tones.

Between donated CD sales profits from Oust and the plastic jack-o-lantern and ceramic mugs set out to collect contributions, $210.00 was raised to fund a tutoring program run by Sasha Bruce Youthwork, a D.C.-based nonprofit that helps homeless and runaway young people.

George Burton, an AmeriCorps VISTA volunteer who serves as volunteer coordinator at Sasha Bruce approached Indie Bands with a Mission about having a benefit show. A local musician himself, Burton encountered Villondo at a concert and was impressed with Indie Bands with a Mission and eager to collaborate. The March 1 show was the second show the organization has staged for Sasha Bruce

“I’ve been involved with the D.C. music scene for over four years now,” Burton said. “I’m proud to bring that to the table and connect that network to a great cause like Sasha Bruce Youthwork.”

Burton connected Villondo with some of the musicians who performed on March 1. Villondo said the network of bands willing to help out is growing. Musicians who have good experiences playing benefit shows introduce fellow performers to Indie Bands With a Mission. Villondo, who is now in college, and four fellow students are working at capacity to book as many shows as possible. Deloso’s familiy has moved out of the area but she pitches in when she can.

The donations raised by the March 1 concert will help a tutoring project that Burton has taken an active role in nurturing.

“The tutoring program is something developed by volunteers themselves rather than Sasha Bruce,” Burton said. “The AmericCorps VISTA before me just made that connection and made it happen.” 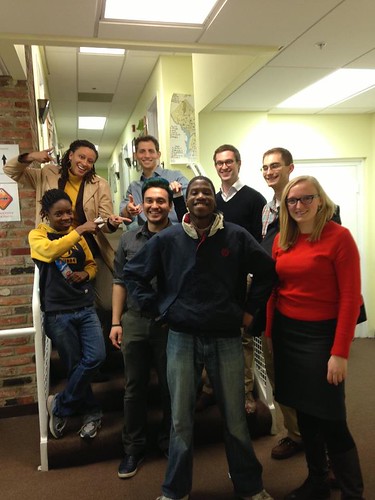 Sasha Bruce Youthwork, originally the Washington Streetwork Project, has been operating in the D.C. area for the past 40 years to improve the lives of vulnerable youth: homeless, abused, neglected, runaway, or at-risk. The Streetwork Project originally counseled youth living outside in attempt to reconnect them with home; today Sasha Bruce has expanded its mission to run 18 programs across the city dedicated to shelter, counseling, education, and career development. The group says it helps 1,500 youth and 5,000 family members each year.

The tutoring program has also evolved. It started out as a drop-in mentoring and homework help lab at Sasha Bruce’s administrative building, but Burton saw that many of the youth faced difficulties taking advantage of it. Their lives were by nature transient and their needs varied widely. He is trying to address those barriers by sending the tutors to the youths. He is currently testing the new model at two programs: a home for boys who are involved with the court system and a home for young mothers, both operated by Sasha Bruce.

“The youth live there, so we’ll always have a perceptive audience from each living situation,” Burton said.

The tutoring program stresses educational and professional development and is geared to serve youth aged 12 through 24. While the home for boys’ community tutoring goal is career development, the young mothers community is focusing specifically on test preparation. Many residents are working towards their GED, SATs, or entrance into vocational programs. Burton said he believes these overarching goals are important to keep youth focused on their success.

If the new model performs well at the two test sites, Burton hopes to expand it to Sasha Bruce’s other sites.

The tutoring program is supported by a network of 10 to 15 long term volunteers who have gone through an extensive screening process. Two to three volunteers travel to each tutoring site every night.

Money from the Indie Bands with a Mission benefit show will help pay for transportation, school supplies and snacks.

“Almost all of our programs could benefit from tutoring,” Burton said. “Fundraising was a good step forward, but I need to schedule another interest meeting to recruit more volunteers.”

Villondo said she is eager to work with Sasha Bruce Youthwork again.

Burton believes both he and Villondo draw inspiration from Positive Force DC, a self-proclaimed activist collective that has been organizing benefit shows in the District since 1985. Many members also participate in street outreach work throughout the city.

“There is a very strong connection between the local music scene and activism,” said Burton. “ I think that is something specific to the DC culture.”

Besides the social benefits, if you judge by the responses of the fans who came out March 1, the shows themselves are offering new music in interesting venues.

The bands he heard were excellent, he added.

“You really get a flavor for things that are up and coming,” Stora said. “You never know when one of these bands will be the next Lumineers.”

For him, the March 1 show was a win-win.

“You really kill two birds with one stone: great music for a great cause,” said Stora.

Indie Bands with a Mission will stage another benefit show at CD Cellar on May 31, 2014.