The cold band of advocates said the mayor does not have concern for people of African descent in the nation’s capital, and that increased police power is not the answer to the District’s spike in crime.

“We have a Mayor who started a Robbery Task Force when robberies were on the decline. What we actually want is for her administration to proactively investigate and fine businesses that are committing wage theft,” said Aaron Goggans of Black Lives Matter DMV. 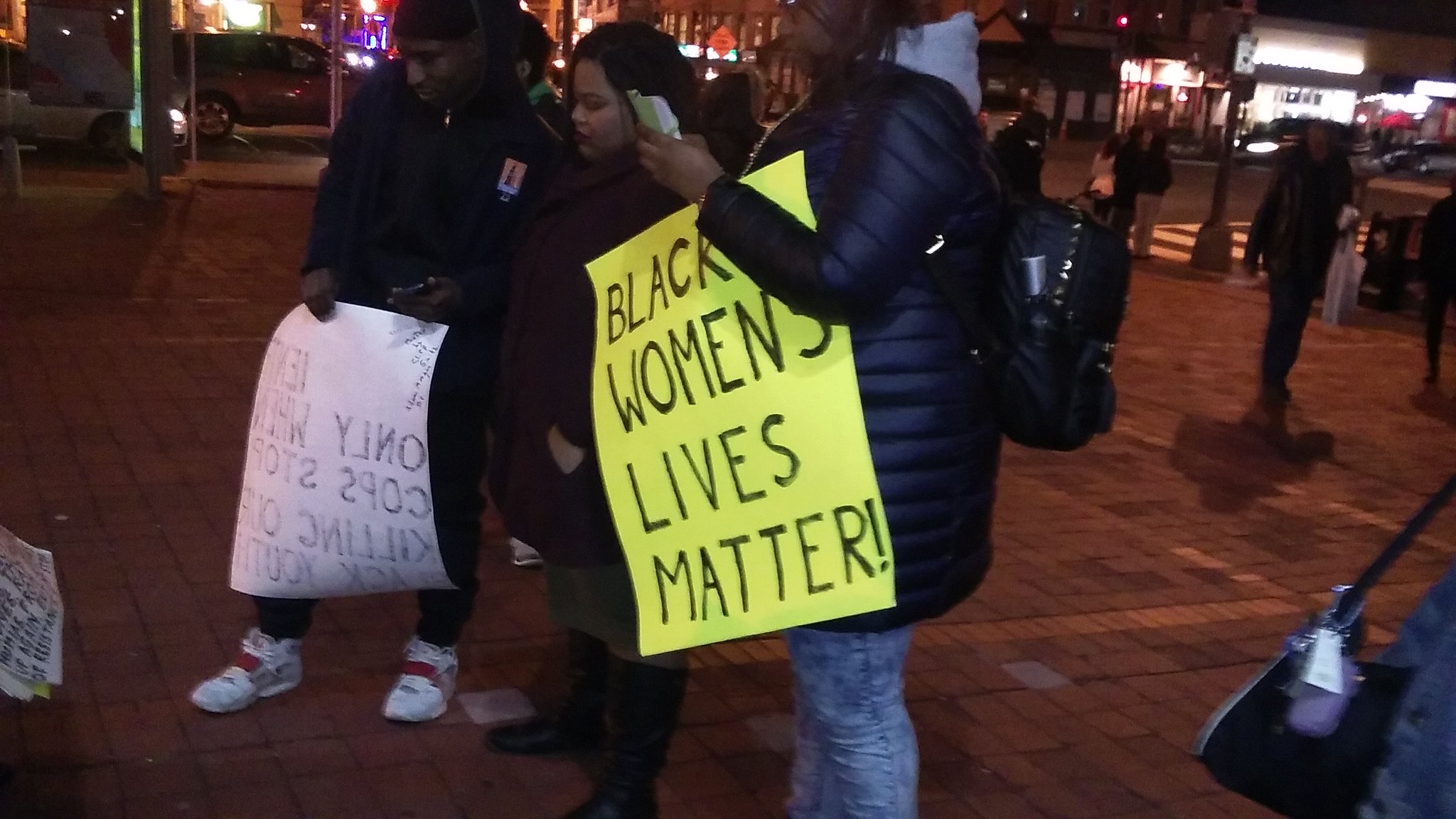 In addition to attention to wage theft, the coalition called for more investment and guarantee of affordable housing. Black Youth Project 100, Black Movement Law Project, Stop Police Terror Project DC and ONE DC also collaborated on this event and others throughout the week. Four days later, the same advocates disrupted the U.S. Conference of Mayors winter meeting to bring these requests to cities nationwide.

The “Muriel’s Gotta Go-go” event was envisioned as a call to Bowser’s fifth generation Washingtonian roots. Several eras of the District’s homegrown music genre, go-go, blared late into the night.

The Frank D. Reeves Center was a significant location because it used to house the popular go-go venue Club U. The club operated as a cafeteria for District government employees during the day and as a nightclub Thursday and Saturday nights, according to a 2005 Washington Post report. It was closed that year after a particularly violent night.

Go-go was created when musicians like the late great Chuck Brown combined gospel and jazz to create a totally unique, fun and energized sound. Other local bands such as Junkyard Band and Backyard Band expanded on the genre even further. Go-go has always been a part of D.C. culture since the late 70s.

Many bands would play near-daily on the local club circuit until authorities shut down most go-go clubs by seizing their liquor licenses. Violence was frequently associated with go-go by city officials, to the point that a “go-go report” was circulated by the Metropolitan Police Department to list which bands were playing where on which nights, reported the Washington City Paper in 2010. The musicians and venues were required to hire police units for security. But many welcomed it in the interest of safety for fans. Now most go-go bands have to seek out venues outside of the city to continue playing regularly. Backyard Band frontman “Big G,” who went from playing 6 days a week to doing maintenance for the federal government, told Washington City Paper that go-go became a scapegoat for the city’s broader problems.

The go-go scene is not gone, but it has been marginalized it its own birth place. Backyard Band’s cover of Adele’s “Hello” has recently put go-go back at the forefront. Fans hope that Adele will be willing to perform her song with Backyard Band at an upcoming concert. D.C.-based rap artist Wale sampled Backyard Band, Mambo Sauce and other go-go bands in one of his 2008 releases.

For the gathered protesters, go-go was symbolic of their city and their culture.

“The same anti-blackness underscores it all. The MPD’s efforts to push go-go music out of D.C. is symbolic of the way D.C. city policies are pushing black students out of school, longtime residents out of their homes, homeless residents into accommodations that deny dignity, young black people into prison, and big developers into lucrative deals at the expense of people,” said Dominique Hazzard, a BYP100 organizer.

The protesters changed a few classic call and response queues in the recorded music to chants like “Martin Luther King was a soldier … and he taught me how to fight!”

This action was particularly special because during the songs, various neighborhoods that are undergoing a wave of gentrification were called out by the respective bands. At go-go events, members of these groups usually initiate crowd response by identify with a street or as some people would call them, “crews.” These individuals live all over the District and most of the crew names either correspond with a main street, the name of a housing development, or a name a group of friends created for themselves. It’s a form of local identity that doesn’t have to connote a gang, but rather a group of people that live or associate in the same area.

Go-go over the years has been scrutinized for violence, but this event shows that go-go is only about communities coming together to have a good time and fellowship with each other. 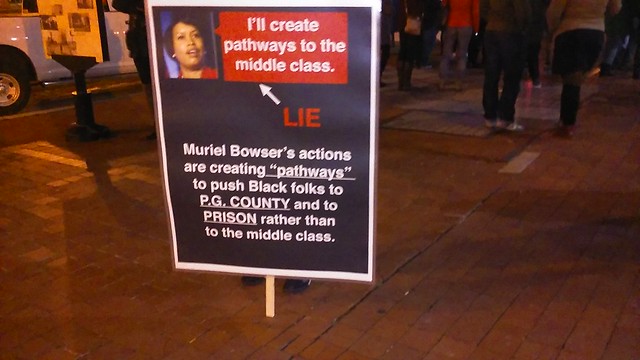