Ask and You Shall Receive:
Maryland Nonprofit Sets Up Shop in D.C. Public Housing Community

Two vacant units stood at the center of the Barry Farm neighborhood, a public housing complex in Ward 8 completely overcome with crime and poverty. But as the epicenter of the war on redevelopment in the District, Barry Farm is also a place of resilience.

Since May of this year, A Wider Circle—a nonprofit dedicated to helping children and adults lift themselves out of poverty—has been working to bolster this resiliency. The D.C. Housing Authority (DCHA) gifted them the vacant units on Eaton Road. 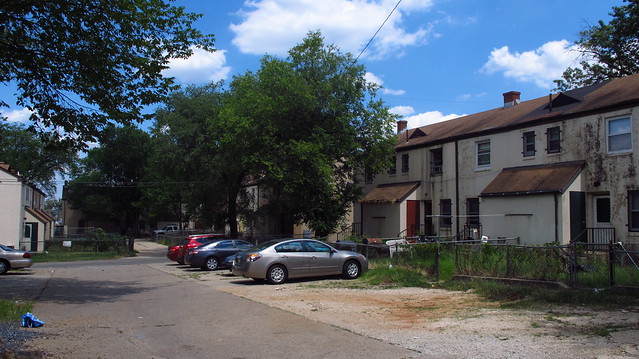 The Barry Farm Resident Council approached them last year to help bring more services into the neighborhood after A Wider Circle hosted a backpack and food distribution near Barry Farm in August 2014.

“We said ‘yes’ right away,” said Mark Bergel, founder of A Wider Circle. “If they want us to serve, we’ll create something to serve.”

A Wider Circle provides food and furniture distribution, access to professional attire, job skills training, youth mentoring and tutoring, long-term support, and life skills workshops to the D.C. Metro Area. Since opening on-site, all of these services have been easily accessible for Barry Farm residents.

Take Desheria Barksdale, a resident of Barry Farm for the last year and-a-half, who turned to A Wider Circle when she finally found work with a temporary labor agency in Alexandria. She didn’t have an appropriate wardrobe to start work on such short notice. Barksdale made an appointment with A Wider Circle, shopped the professional workwear closet, and walked away prepared for the week ahead.

Continuing her professional development, Barksdale also set an appointment with an on-site job coach to help her through the employment process. 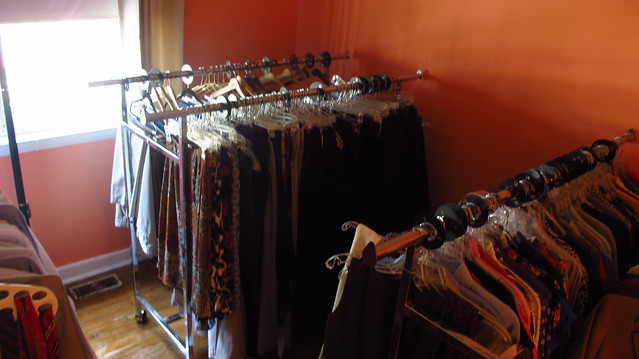 The organization has also highlighted the importance of community at Barry Farm, hosting events for children of the neighborhood nearly every weekend. A Wider Circle played an integral role in the formation of a Barry Farms Girl Scout Troop.

“Nothing takes away the stress of redevelopment,” said Rhonda Edwards-Hines, a 28-year Barry Farm resident. “But [A Wider Circle] takes a bit of the hardship off.”

In 2012, DCHA was awarded a Choice Neighborhood Planning Grant of $300,000 for its proposal to redevelop Barry Farm. According to DCHA, the grant has since been used for meetings seeking residents’ feedback to help inform the future of Barry Farm.

“The grant is being used to comprehensively address community challenges, which will result in a transformation plan created by residents and community stakeholders,” said Christy Goodman, a spokesperson for DCHA.

At the time of the award, the U.S. Department of Housing and Urban Development (HUD) identified community challenges ranging from a 66 percent poverty rate, poor educational attainment, and a high violent crime rate.

However, the October 2014 approval of the First Stage Planned Unit Development at Barry Farm – development with mixed uses such as retail and residential– has left residents fearing for where they will turn next. Under the Barry Farm Redevelopment plan, 444 public housing units will be demolished and transformed into a mixed-income community. Residents worry they will be displaced to off-site locations and become another casualty of gentrification.

While the apparent goal of the redevelopment plan is to improve the quality of living for those in the neighborhood, residents question whether public housing will be sufficiently replaced for each family. Many have already watched their neighbors relocate.

There are few limits to A Wider Circle’s giving. Residents are welcome to “take what they need” during their scheduled appointments. Though they can only come through once per month for general food and hygiene items, A Wider Circle staff members take everything on a case-by-case basis. 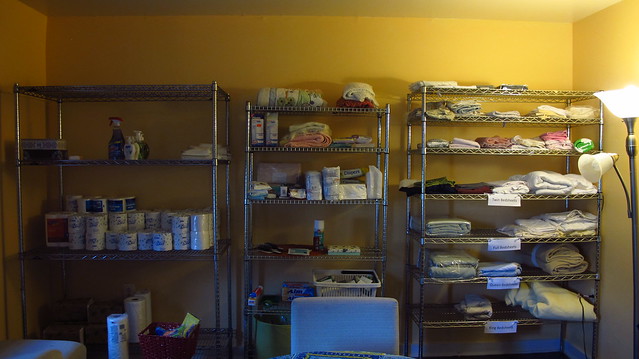 Rhonda Edwards-Hines recalled a long history of other organizations coming and going. A Wider Circle is the only organization that residents at Barry Farm have opened up to.

“They always want to make sure that everyone is taken care of,” she said.

Regardless of what redevelopment may occur, A Wider Circle is at Barry Farm to stay. Dedicated to the neighborhood’s residents, past or present, the onsite non-profit will continue to provide support even after resident relocation.

In the three months that A Wider Circle at Barry Farm has been open, it has been able to serve approximately 150 Barry Farms families strictly through donations.

A Wider Circle at Barry Farm is unique in the sense that it is the first onsite assistance that A Wider Circle has offered, but potentially not the last. A Wider Circle staff recognized that Barry Farm was a community where the needs outweighed the response; they also recognize that this is the case in countless other places, and would consider going to serve any high need community.

“The only way to get these people out [of poverty] is with commitment,” said Bergel.