Surgery is performed within the human body to mend a chronic condition. Knee replacement, for instance, is deemed necessary when the connection between the femur and the fibula can no longer withstand the stressors that occur within the joint. The patient suffering from this condition is faced with two choices; to ignore the problem until the tissue deteriorates and gives out or undergo replacement surgery which usually involves some form of a prosthetic article.

A surgical procedure is taking place in Southeast Washington D.C. to mend the tissue on either side of the Anacostia River and connect the communities between Capitol Hill, Navy Yard, and historic Anacostia. The 11th Street Bridge Park, a public-private venture to repurpose existing infrastructure into pedestrian space, proposes a progressive model of community engagement. The park will be built atop existing piers that supported the old 11th Street Bridge before it was replaced in 2013. 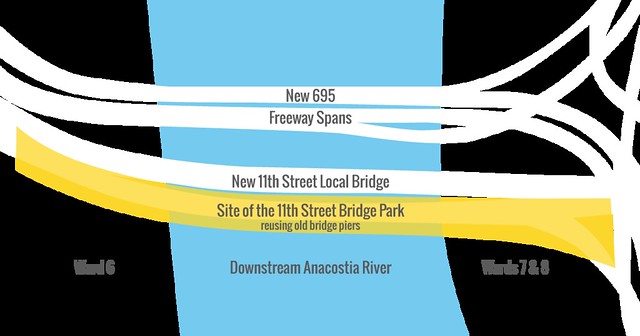 Projects of a similar nature such as Chicago’s Millennium Park, New York City’s Highline, or Atlanta’s BeltLine have had fantastic effects on residents’ and tourists’ experiences of their respected cities. Despite the wonderful commodity that urban parks can provide, inserting desirable amenities into neighborhoods can also cause the displacement of existing residents.

However, the 11th Street Bridge Project seeks to create a new model of development for the reuse of aging infrastructure that would overcome the potential for gentrification.

Scott Kratz, Director of The 11th Street Bridge Park and resident of Barrack’s Row in Capitol Hill, coordinates community members, architects, planners, and city officials to move the project forward. Kratz is not your typical planner of multi-million dollar, city-wide urban initiatives. He believes his professional background provides him with an intuitive ability to incorporate the community into his work, which is what makes this project different from others like it. Kratz was previously an educator as well as Vice President for Education at The National Building Museum.

“Historically speaking, planning has happened to that community, not really with it” Kratz said in an interview with Street Sense. “It really became an exercise of rebuilding trust with people that had been promised things in the past and never saw those promises come to fruition.” 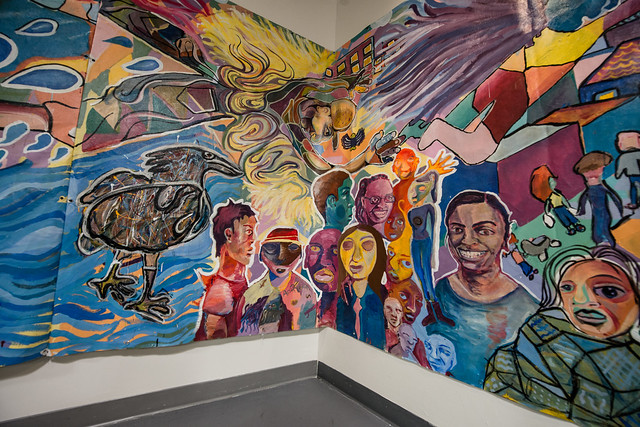 Teen artists from Cesar Chavez Public Charter High School and ArtReach at THEARC collaborated to paint a 55′ mural “exploring what makes a healthy city, community and neighborhood.” As pictured above, the mural hung in the Ronald Reagan Building and International Trade Center during October.  Photo by Matailong Du

He described how the group tried to anticipate and plan around unintended consequences of the 11th Street Bridge Park.

“After working with the consulting firm HR&A to build an economic impact study, we learned that urban parks inserted into communities can raise property values surrounding the site anywhere between 5 and 45 percent,” Kratz said. The first question we had asked ourselves was, ‘How do we get ahead of this?’ Some people remarked that this is simply a product of the free market, and there was nothing that could be done, but we refused to accept that answer.”

The value of engaging the community early cannot be emphasized enough, according to Kratz.

“A typical development project a decade ago would create their own project in a bubble and go through the standard review process and get it done without ever seeing the community.” Kratz said. “This is finally changing.” 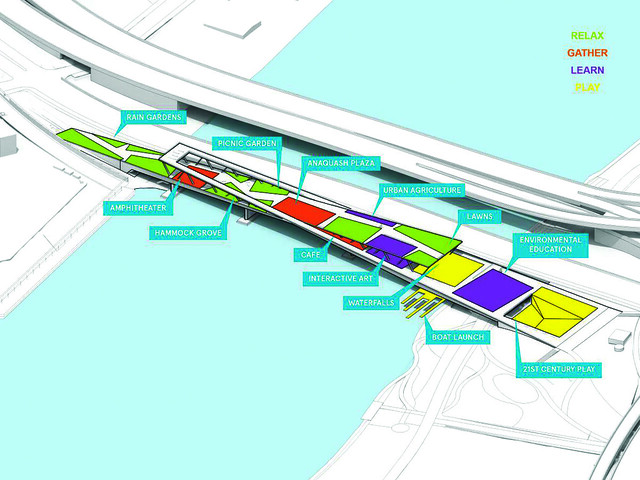 What separates this new model of development from the process Kratz says would have been used a decade ago is an Equitable Development Plan compiled by representatives from nonprofits, government agencies, local businesses, and community stakeholders to ensure that the park will continually benefit nearby residents. The strategies to be implemented from the Equitable Development Plan are specifically catered to the economic needs of the community. Perhaps the most reassuring aspect to come from this plan is the attention dedicated to permanent affordable home ownership within a one mile radius of the site. It was deemed critical to accomplish these aspects of the plan well before design began.

Reinforcing this value, on January 5 The 11th Street Bridge Project announced a partnership with affordable housing provider Manna, Inc to provide a free monthly Ward 8 Homebuyer’s Club. The club is designed to help residents currently renting in Ward 8 transition to owning property in their neighborhoods. The first club meeting is slated to be held on February 23.

Creating a community-driven starts with gaining quantifiable data that has a direct impact on community members. Kratz stated that the nonprofit leading the Bridge Park project, Building Bridges Across The River (BBAR), and Local Initiatives Support Corporation gathered critical data about nearby residents interests to inform their decisions. 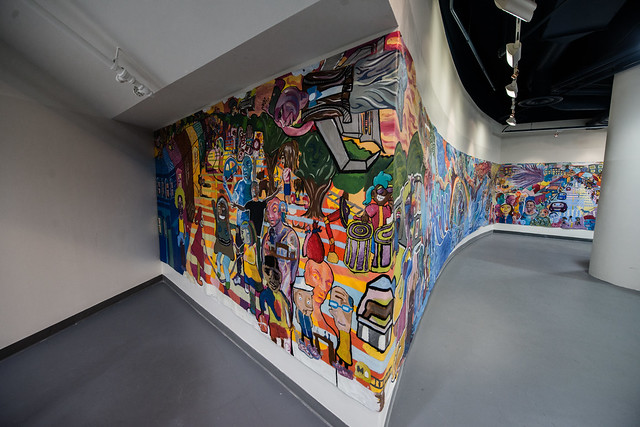 By working with the community to decide and design the park’s features, use and programming, Kratz hopes the Bridge Park can help the community improve in some of these areas. Every single programming idea came from the community, including urban agriculture complete with an environmental education center, play space for children, performance space, boats and more.

The transparency that has become so prevalent within the project’s execution can be exemplified with the selection of its designers as part of a nationwide design competition. World-renowned architecture practice OMA and equally illustrious landscape architecture practice OLIN, became the unanimous choices for the project’s execution by both the formal jury and community representatives because of tsteps they took in the initial stages of their design process.

“We saw remarkable designs from all four final design teams.” stated Kratz. “What made OMA/OLIN stand out to us was the first portion of their presentation when they showed a photograph dating back to three years ago. The image was a design of the Park created by local teens that the architects used to help inform the design intentions. The relationship between the designer and the community is what we were really looking for.”

BBAR, OMA, and OLIN are taking further steps to increase the potential of their design by exploring the creation of a temporary installation titled, ‘Anacostia Beach’ which will serve as an urban laboratory for the city to experiment with ideas such as a hammock garden to go onto the future Bridge. The Anacostia Beach is currently in the planning and fundraising phase and is expected to open in July of 2016.

“If one of the legacies of this project can be that by participating in an Equitable Development Plan then the community can build a muscle to shape their neighborhoods, rather than just this fantastic Bridge Park, that can be the biggest legacy. Not the Bridge,” Kratz said.