Yet he often didn’t learn many of these friends were gone until Homeless Person’s Memorial Day came around each year, a remembrance for people who have passed away while homeless.

“As homeless people, many of us don’t have any next of kin, so we kind of get the mass-burial version of a regular funeral,” Sheptock, a local advocate for the homeless, said in an interview. “We’re all here wishing there was a better a way to find out when a person dies, but this is what we’ve got.”

In view of the White House, a PFFC sign reads “Honoring those from DC’s homeless community who have passed away.” | Photo by Eric Falquero

“People are making efforts to make homeless people invisible,” Sheptock said. “But the homeless are fighting back, saying ‘we’re not gonna disappear, you’re not gonna make us invisible.’”

Boosted by a bullhorn, Sheptock and several dozen protesters chanted a familiar refrain as they stomped down 14th Street from Luther Place Church to Freedom Plaza: “What do we want? Housing! When do we want it? Now!” 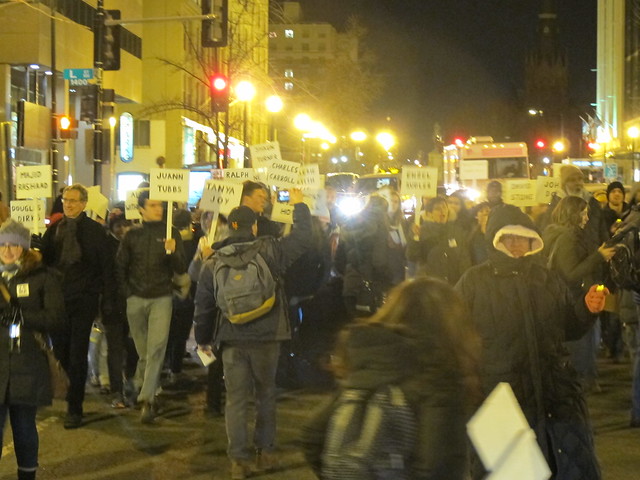 Rob Wohl, an organizer with the Latino Economic Development Center, said the event helps to connect homeless individuals with advocates to fight for change.

“This event brings out allies and is a rallying point for the homeless themselves, that’s because People for Fairness goes out and talks to people, you see a community being built over the years,” Wohl said in an interview.

Wohl first met members of People for Fairness Coalition (PFFC) at Occupy D.C. in 2011. He helped to raise money for the first Homeless Vigil four years ago on GoFundMe.org.

“I really respect PFFC as an organization,” Wohl said.“It’s been impressive to me that people who are in or have been in such a desperate situation can have such a positive vision and help others survive with outreach.”

Wohl has attended all four Homeless Persons’ Memorial days. Since the first Vigil, both he and Miriam’s Kitchen Case Manager Albert Townsend said they have seen an increase in participation during the event.

“You’ve got to get up and fight,” said John McDermott, a co-founder of PFFC. “You can’t expect two or three people to do all of the talking.”

“We’re going to be working for you and fighting for you,” Nadeau said. “But you still have to keep pushing us.” 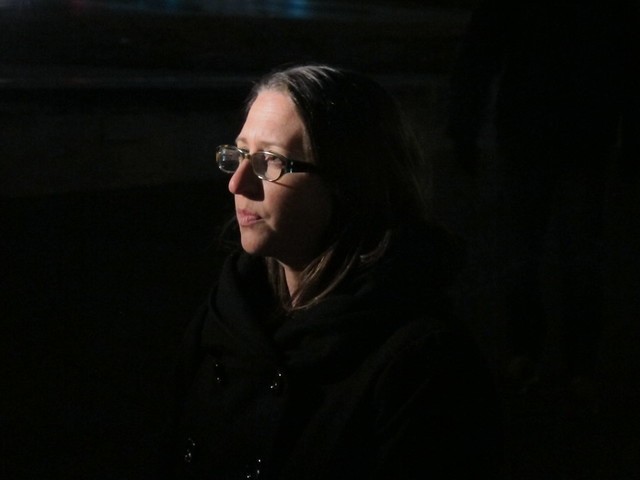 Other vigil attendees, however, criticized what they saw as the city government’s disregard for the homeless and poor. Venus Little, an advocate at the Coalition for the Nonprofit Housing and Economic Development (CNHED), which supports the vigil along with PFFC each year, said the D.C. government “needs to be building things we can use.”

“You got to know your wants and your needs,” Little said. “We got low-income people, veterans, homeless people, and here [members of the city government] are trying to build a soccer stadium. We don’t need a soccer stadium” 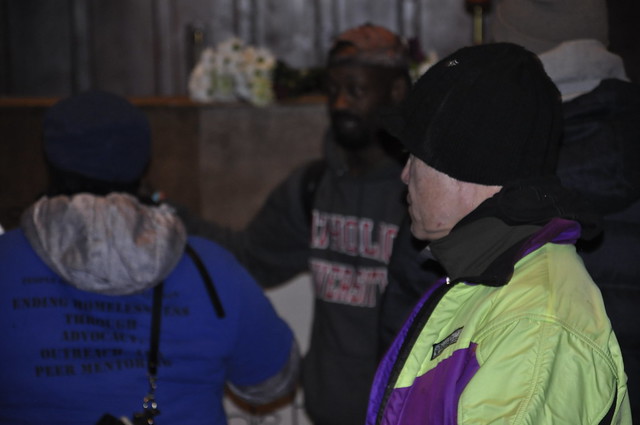 Sheptock said homelessness and affordable housing advocates need to unite under one umbrella, citing more than 8,000 homeless people in D.C., more people cycling into homelessness each year and more than 40,000 District residents on the waitlist for housing vouchers.

“Problems that impact homeless people also impact people looking for affordable housing,” Sheptock said. “These are people that can work together.”

Colleen Cosgriff contributed to this report.